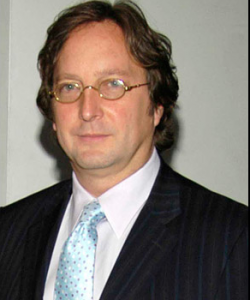 American businessman Philip Falcone is a true rags-to-riches story. Escaping from a tiny poverty-stricken iron-ore mining town in northern Minnesota he went on to founding a New York-based successful private investment firm Harbinger Capital and a telecommunications company LightSquared. Today, he is a billionaire with a net worth of $1.1 billion. He resides in a $49 million penthouse on East 67th St. in Manhattan. As of March 2012, he is the 390th richest person in the United States and the 1075th richest person in the world.

Philip Falcone was born in a poverty striken home in Chisholm, Minnesota to a utility superintendent father and a local shirt factory worker mother who worked for 80 cents an hour. In childhood, Falcone was a very talented hockey player and received a scholarship to Harvard and played professionally in Sweden with Malmo for a short period of time. But soon his career as a hockey player ended due to serious knee injury while playing in Sweden and thus he started working as a junior junk-bond trader on Wall Street. It was here he changed his perspective about life and started to focus on making money.
He is married to Lisa Maria Falcone, who was born and spent her childhood in Spanish Harlem in a considerably poor condition. She has been an active philanthropist who has donated to the American Museum of Natural History and the New York City Ballet; and in 2009, along with her husband, she donated $10 million to New York City’s High Line project.