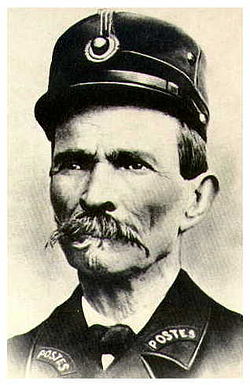 This story of a French postman Ferdinand Cheval, who spent thirty three years of his life constructing his dream palace ‘Palais Ideale’ in Hauterives, started back in 1879. He made it with all his imagination and inspiration from nature, postcards and magazines that he dealt with; he not only portrayed birds and animals including hind, octopus, caiman, elephant, bear but also carved fairies, giants, and some mythological figures from different continents just in the heart of a flourishing garden.

In 1879, when Ferdinand Cheval was 43 years old, he was tripped over a strange stone in shape and size on his postal route. He was inspired by its shape and started collecting on his mail rounds in his pockets but later when he began to collect more he started taking them in baskets, and in a wheelbarrow. He started building the palace of his day-dream and the first 20 years he just spent building the outer walls of the palace with cement and lime mortars. He worked alone during the night with lamp oil after returning from his work shift. His completed work was 26 meters, or 85 feet long and it took him over 65,000 hours or more than 9,000 days to accomplish the task. Over 100,000 visitors come to this almost forgettable village of Hauterives north of Valence. 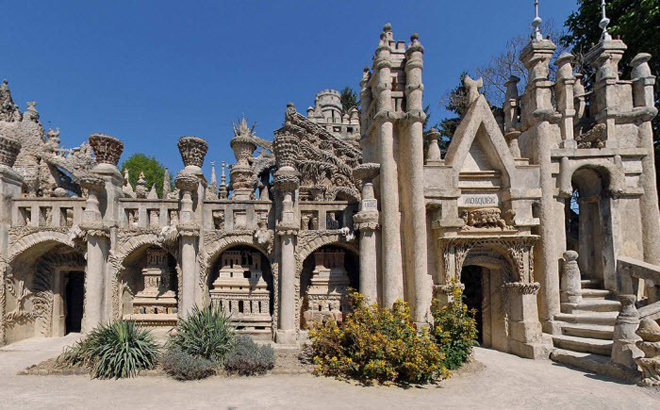 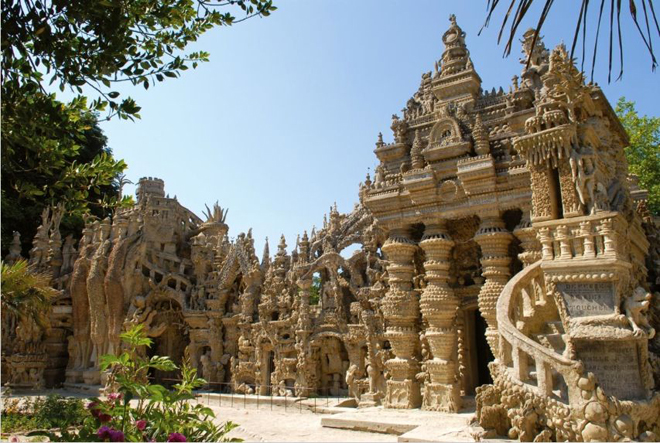 It wasn’t his only incredible creation, in his seventies he spent eight more years working on his own impressive mausoleum in the nearby village cemetery. When city government denied his request to be buried in the palace along with his wife, he went back to work in 1914 and created smaller structure in the Hauterives cemetery called the ‘Tomb of Silence and Eternal Rest’ where he was buried in 1924. 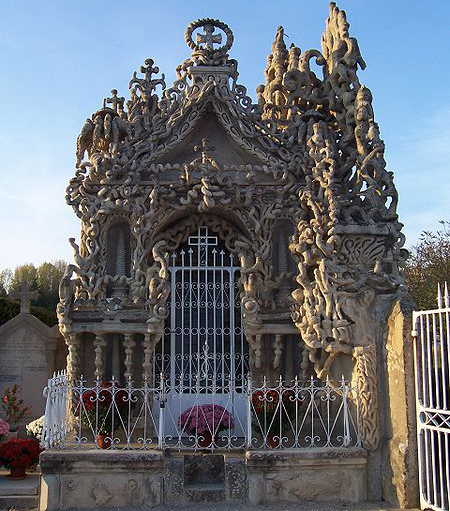 The Palace is considered to be the most extraordinary example of naïve art architecture and distinguished from any artistic trend and built away from any architectural rules. His finished creation showed the influence of Christian and Hindu architecture and has been an inspiration for artists across the world. It has also been regarded as unclassifiable as universal.