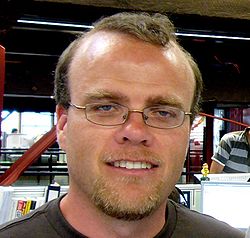 Rasmus Lerdorf, a Danish programmer with Canadian citizenship, is widely known as the author of the first two versions of PHP, the server-side scripting language. He was born in November 1968 in Qeqertarsuaq, Greenland. In 1988, he completed his graduation from King City Secondary School, and in 1993 he once again graduated with a Bachelor of Applied Science in Systems Design Engineering from the University of Waterloo.
According to Lerdorf, he first started working on PHP in 1994 as a Personal Home Page Tool in order to to maintain his personal homepage and track the web-page traffic. He first released PHP/FI version 1.0′ on June 8, 1995. Lerdorf actively led the group developers Jim Winstead, Shane Caraveo, Stig Bakken, Andi Gutmans and Zeev Suraski in developing the next PHP versions and contributed to a number of other open source projects. Later, he wrote LIMIT clause to help the Apache HTTP Server and in 1995 it was added to the mySQL Database.

Lerdorf has served Yahoo! for more than 7 years (from 2002 to 2009) as an infrastructure architect and in 2010, he joined WePay to develop their API. Most recently he has been guiding startups such as Etsy, and Room77.