Do you remember playing the Sliding Picture Puzzle Like the one above? I bet you do. If I am to give this puzzle and ask you to solve it, how much time will you take?
I agree it is pretty difficult to solve because I have not given you the clue required to solve the sliding picture puzzles. (Remember what used to be behind this plastic sliding game)
Let us discuss this puzzle after we talk about a living legend. He is:

Yes. Of course we are talking about Michael Jordan, an all-time favorite basketball player who made winning as his habit and could change the game from any difficult position. Before he could achieve the above mentioned feats he did face failures. But he always had the goal nailed in deep inside him: “To become the greatest Basket Ball Player ever played” And till date there is none to match his skills in the NBA. 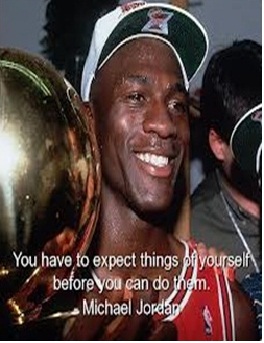 Goal Setting is what Michael Jordan attributes his success to. This is what he describes in his book – I cant accept not trying: Michael Jordan on the pursuit of Excellence –

“I approach everything step by step….I had always set short-term goals. As I look back, each one of the steps or successes led to the next one. When I got cut from the varsity team as a sophomore in high school, I learned something. I knew I never wanted to feel that bad again….So I set a goal of becoming a starter on the varsity. That’s what I focused on all summer. When I worked on my game, that’s what I thought about. When it happened, I set another goal, a reasonable, manageable goal that I could realistically achieve if I worked hard enough….I guess I approached it with the end in mind. I knew exactly where I wanted to go, and I focused on getting there. As I reached those goals, they built on one another. I gained a little confidence every time I came through”

Jordan did not achieve his goals all at a time. If you can see, his Ambition was to be the best player who had ever played the game which he achieved by setting many short term goals, pretty evident from his achievements listed above.

Now I hope you can relate to the puzzle we started with. What is missing that could make you solve the puzzle faster? Yes the final picture. If the final picture is available to you it becomes easier to place the pieces in its appropriate positions.
Now just compare your life with this puzzle. You have all the skills, resources, time and support (like the pieces of puzzle) required to do something in your life. But if you do not decide what you want to accomplish exactly, then you may either not know how to use these resources to achieve something or waste a lot of time achieving the same (usually the accomplishments in this case get outdated).
Goals will not magically transform you to become Great, but will guide you and keep you on track towards Greatness.

Now if you want to know the answer for the puzzle click here: 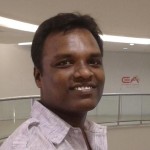 When I thought of how to describe myself this is what stuck my mind instantly, " You will get all you want in life if you help enough other people get what they want." Zig Ziglar This is what keeps me doing what I do, since I digressed from my Qualified Career Path and chose Training as a profession which gives me immense satisfactionand continues to amuse me at the end of ever Learning Intervention. I keep things simple and try to do what it takes to live with happiness. I have interacted with more than 50,000 people so far through my Training Interventions whichis my bestso far and I would prefer it remains as my best by increasing the number exponentially.I was always fond of sharing knowledge which led me to venture into Learning and Development activities but never intended to be someone who writes but blogging is my cup of tea now. You can proceed reading if you still want to know more about me… • I liked riding bikes, did it and got over it, liked driving my car, did it excessively, and got over it, I wish I could drive a train which would never happen for some obvious reasons • I love travelling, especially in trains and the only mode of transport I have not tried is via sea and I would love to do it soon • I can speak three other languages excluding English • I am very conscious of not allowing my tummy to grow • I like Sidney Sheldon. (Till I read his first novel I thought he is a female) • Yet to watch a better movie than “The Pursuit of Happyness” • I prefer Training to Teaching and Blogging to Writing. • I am very frank and open. I am my best critic I have ever encountered. Thank you for reading completely. I know it is not worth reading again so I don’t mind if you read my blogs alone henceforth.