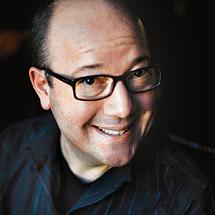 Born on born November 10 1959, Richard Brodie is an American computer programmer, best-selling author and motivational speaker, widely known for creating the first version of Microsoft Word which he did in 7 months of hard-work. In addition to Microsoft Word, he authored Microsoft’s first C compiler, the original version of Notepad, and Word for the IBM PC Jr. In 1981, he was hired as Microsoft’s 77th employee, and a founding member of the Microsoft Application Division. In 1986, he left Microsoft after the company went public, but after five years, in 1991 he once again joined Microsoft as Chief Software Designer and Lead Developer of the Omega project. In 1994, he finally left Microsoft.

After leaving Microsoft, he ventured into personal happiness, self-improvements and success. He explains his experience in his two bestselling books “Getting Past OK: The Self-Help Book for People Who Don’t Need Help” in 1993 and “Virus of the Mind: The New Science of the Meme” in 1995.