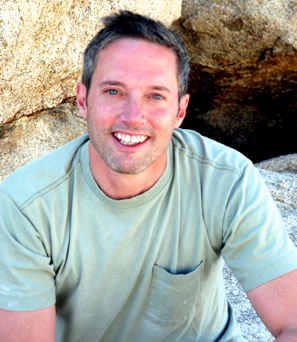 Rick Guidotti,a great hero or an angel or whatever you name him for his devotion towards social responsibilities, quit the most glamorized and lucrative career—the fashion photography—for a cause to serve humanity, to promote human dignity and encourage people not to discriminate the victims of a specific disease or dispirit their self-esteem. He dared to extract and highlighted the beauty from stigma associated with facial or physical manifestation and succeeded to a great extent.

He was discouraged and abandoned his charming career when he experienced the crazy fact of the fashion world—how beauty changes every time for world’s most prestigious and reputed magazine covers. As a photographer, more importantly as an artist, he is supposed to see beauty everywhere. Beautiful people are always and easily noticed but how about physically, mentally or visually impaired people? Why to give an indifferent look to them? People who find beauty in people regardless their conditions are the real artists and wonderful human beings.

Who is Rick Guidotti

Rick Guidotti, Director of POSITIVE EXPOSURE, spent fifteen years as a fashion photographer in various places like Paris, Milan, New York, and London for brands like L’Oreal, Revlon, Yves Saint Laurent and Allegra,. He completed his architecture and engineering from Philadelphia’s Drexel University and later he transferred to New York’s School of Visual Arts. On completing of his study in photography and filmmaking he founded a studio in Manhattan where his journey as a photographer starts for fifteen years.

In 1998, he founded a non-profit organization called Positive Exposure to do his bit for people who are neglected, discriminated, stigmatized and separated for their physical impairment due to a rare disease called albinism. He highlights their beauty in front of the world and inspires them to face their problem courageously. His show “Positive Exposure, The Spirit of Difference” premiered in 2001 at the People’s Genome Celebration at the Smithsonian’s National Museum of Natural History and now has been consistently receiving appreciation from across the world for his fighting for good cause and making a difference.

Positive Exposure has been profiled in Life Magazine for his thought provoking photo essay, “Redefining Beauty”, and in a book titled Real Lives: Personal and Photographic Perspectives on Albinism, by Archie W. N. Roy and Mackenzie Spinks. Rick Guidotti has appeared on several television shows including CBS News, NBC News – New York with Sue Simmons, and ABC Inside Edition.