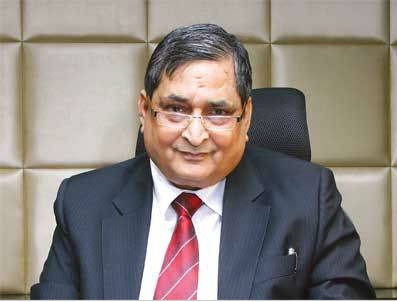 You can do nothing significant until you allow your dream or passion to motivate and activate your spirit to seek opportunity to nurture, bloom and evolve. The rise of, now Multi-millionaire businessman and first generation entrepreneur, Ravindra Kishore Sinha from a garage of impoverished Bihar to building India’s biggest security business Security and Intelligence Services (SIS India Ltd). and becoming the richest member the upper house of parliament is incredibly inspiring.
Back in 1974, Mr. Sinha leased a small garage in Patna and started SIS. The company has now evolved as a leading company in manpower security business across Asia Pacific with 70,000 employees. He grew-up as one of seven children born in a lower-middle income family of Patna, Bihar. From childhood, he was inclined to do things on his own. In 1971 while pursuing his study in political science, he also financially supported his family by working as a part-time journalist specializing in crime and political reporting with a publication called Searchlight, where he actually discovered his entrepreneurial spirit, passion and vision. He stayed with the Bihar Regiment at a border post, as his job was to cover the Indo-Pak conflict, and made friends with the army personnel and got the idea of finding Security and Intelligence Services. In 1973 he was kicked out of the company with two month’s salary of Rs. 250 for his sympathizing Jayprakash Narayan’s political activism. Later, when he supplied some retired soldiers to his friend, who was in construction business and looking for former armymen to guard his project site, he realized the potential of the private security agencies and formed a company to handle such work for his friend who would pay him Rs. 400 per person.

At the end of the first year, the company had more than 250 people working for it and a turnover of approximately Rs. 1 lakh. He would always maintain good relationship with employees who worked as brand ambassadors whose word-of-mouth spread his business. In 1988, he opened a new division in the training academy for graduate officers and trained about 2 lakh security guards and 1,500 graduate officers. His business grew and in 2005 the turnover reached nearly Rs 25 crore after which he started expanding company’s presence in other countries. In 2008, the company took over Australia’s largest security company, Chubb Security for Rs 1000 Crore. SIS has over 3000 corporate clients including some big names such as Tata Steel, Tata Motors, ICICI Bank, Future Group and Idea Cellular.

Ravindra Kishore Sinha is a widely-known speaker on subjects like training and disaster management, security and loss prevention for which he was given Loss Prevention Promoter Award in 2006 and CAPSI’s prestigious Life Time Achievement Award by the Governor of Punjab for his significant contribution to private security industry. He is also known for his first genuine research book ‘Janandolan’ on student movement between 1970 and 1975.