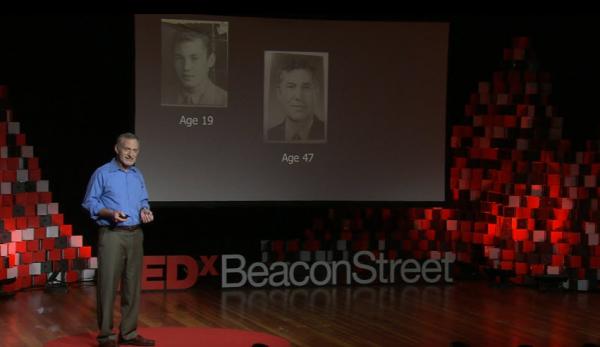 “What keeps us healthy and happy as we go through life? If you were going to invest now in your future best self, where would you put your time and your energy?”

Happiness is the single most important things in life, everybody wants to be happy regardless of anything in life, but it is the most complicated and difficult aspect to know and study. Most of us think it’s fame and money, which is, according to psychiatrist Robert Waldinger, completely wrong. Waldinger, as the director of a 75-year-old exceedingly rare research on adult development, has come to the conclusion on true happiness and satisfaction. In this TED talk, he shares his experience from unprecedented date from the decades old study and some practical wisdom on how to build a gratifying long life.

The research started in 1938, which has tracked the lives of two groups of men for over 75 years.

“There was a recent survey of millennials asking them what their most important life goals were, and over 80 percent said that a major life goal for them was to get rich. And another 50 percent of those same young adults said that another major life goal was to become famous.”

“Since 1938, we’ve tracked the lives of two groups of men. The first group started in the study when they were sophomores at Harvard College. They all finished college during World War II, and then most went off to serve in the war. And the second group that we’ve followed was a group of boys from Boston’s poorest neighborhoods, boys who were chosen for the study specifically because they were from some of the most troubled and disadvantaged families in the Boston of the 1930s. Most lived in tenements, many without hot and cold running water.”
For 75 years, they have tracked the lives of 724 men about their work, their home lives, their health without having any knowledge of how their life stories were going to turn out. According to the study, it’s not wealth, fame, hard work, or accomplishment that leads to a good and happy life rather it’s high quality relationships, and stable, supportive marriage. People who treasure relationships, friendships, and the reciprocal attachment that fills the need for affiliation are the happiest. Such precious relationships cannot be acquired in the market place, rather they must be nurtured and treasured with trust and amity.

“So this message, that good, close relationships are good for our health and well-being, this is wisdom that’s as old as the hills. Why is this so hard to get and so easy to ignore? Well, we’re human. What we’d really like is a quick fix, something we can get that’ll make our lives good and keep them that way. Relationships are messy and they’re complicated and the hard work of tending to family and friends, it’s not sexy or glamorous. It’s also lifelong. It never ends. The people in our 75-year study who were the happiest in retirement were the people who had actively worked to replace workmates with new playmates. Just like the millennials in that recent survey, many of our men when they were starting out as young adults really believed that fame and wealth and high achievement were what they needed to go after to have a good life. But over and over, over these 75 years, our study has shown that the people who fared the best were the people who leaned in to relationships, with family, with friends, with community.”

Waldinger summarises his speech saying:
“The good life is built on good relationships.”

About the author: Dr. Robert Waldinger is Clinical Professor of Psychiatry at Harvard Medical School, Director of the Center for Psychodynamic Therapy and Research at Massachusetts General Hospital, and Director of the Harvard Study of Adult Development. He is widely known for his world-famous TED talk about 75-year-long Harvard study on adult happiness and his final findings about good and happy life.

Dr. Waldinger has decided to intensify the Study to the Baby Boomer children of these men to understand better how childhood memories and experience goes across decades to affect health and wellbeing in middle age.