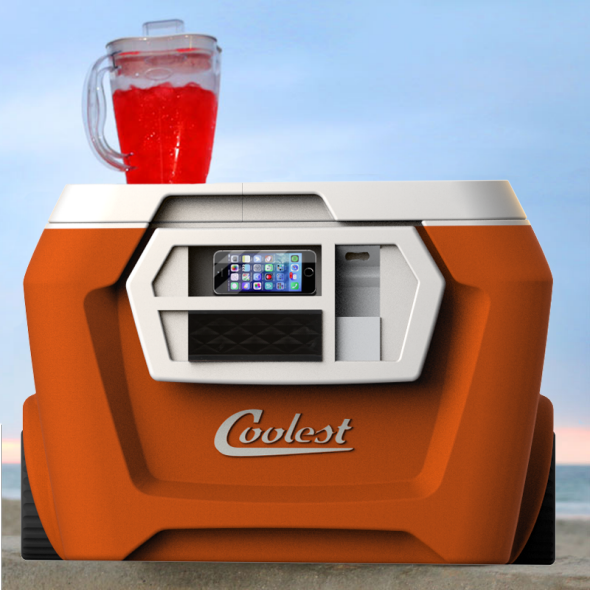 Ryan Grepper’s reinvention of 21st-century, portable, party cooler “Coolest Cooler” has become one of the most successful and the top-funded Kickstarter projects of all-time. Pebble smart watch and the Android-based video game console Ouya were the top-funded Kickstarters – Pebble smart watch with crowdfunding of over $10 million in 2012 and console Ouya with $8.5 million in August 2012. According to Kicktraq, Kickstarter tracking site, the Coolest Cooler shows very positive reports for Ryan’s project which may break the record soon. Ryan Grepper has more than 38,000 preorders and counting.

Besides having an appealing exterior, the COOLEST is the perfect cooler for outdoor occasions or party funs with exciting features including waterproof and removable Bluetooth speaker, a blender, LED interior lighting, a USB charger for your mobile device or speaker, 18v battery powered rechargeable blender, a divider that doubles as a cutting board, extra large easy rolling wheels to dig through rough ground, an integrated storage to store plates and knifes, and a bottle opener.

It is expected to arrive in the market by 2015.