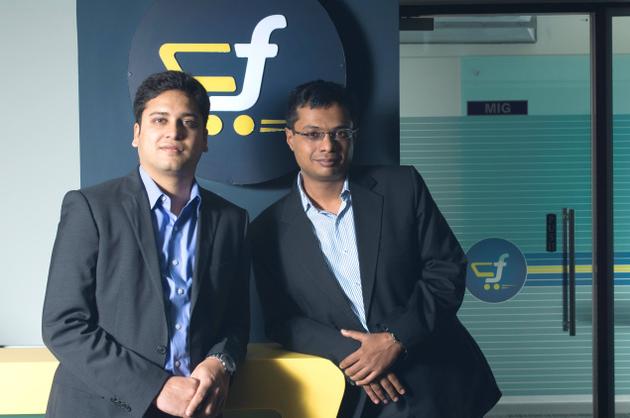 Back in 2007 when Delhi IITian Sachin Bansal and Binny Bansal left their lucrative jobs at Amazon and decided to start something by applying their experience and entrepreneurial spirit. As expected, the news of them quitting the job to create something out of nothing did not receive warming welcome by their parents. They reacted fiercely to their outrageously impractical idea of leaving such crushy jobs and risking their future (any typical Indian parents would think and react the same way). After weeks of planning and reconsidering their plan they started Flipkart in the two-bedroom apartment in a residential locality in Bangalore, Koramangala and continued working with the Rs. 10,000/month allowance that they received from their parents for the next 18 months and finally they launched an e-commerce website retailing books in 2007.

Initial months were challenging and they were faced with several issues – poor internet penetration, imperfect engineering knowledge and abrasive customer experience. They spent several sleepless nights but were persistent in their decision as they envisioned the flourishing opportunity in ecommerce in India. By the end of 2008, they started receiving more than a thousand orders a day and it improved dramatically in 2009, especially in the book business. Soon they expanded business to tech products and then to ready-made clothes, home and kitchen appliance and hundreds of other niches.
By 2012, they raised about $190 million from Tiger Global and Accel Partners, and In 2013, the company raised $360 million from South African Internet major Naspers, which questioned company’s validation but founders refused all skepticism about his company and squeezed company’s employment base by using more technology. In 2011 they decided and planned to reach the $1-billion sales mark by 2015, which they have accomplished by the end of January 2014.

hard work seems to have paid off – today, Flipkart is valued at almost Rs. 2,000 crore, has multiple offices across India and founding friends hold top management positions and own approximately 20% stake of the company.