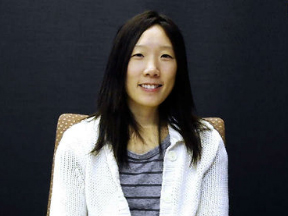 Sandy Jen is known for being the Chief Technical Officer and Co-founder of the California-based Meebo, a unique social media platform that integrated content with instant messaging and social sharing. Jen launched Meebo in September 2005, along with her friends Seth Sternberg and Elaine Wherry with the goal of modernizing and simplifying the online connection and engagement. Before this venture, she worked as a software developer for an American technology company Xilinx for some years, on completion of her degree in Computer Science from Stanford University.

Meebo, that later evolved as multi-featured social media platform to help people connect and engage across the web, was started as a browser based instant messaging program that supported many IM services such as Windows Live Messenger, MySpaceIM, Google Talk, Yahoo! Messenger, and many more. Since its inception, Meeboo witnessed a steady growth and inaugurated new branches in New York, San Francisco, Atlanta, Los Angeles and Chicago. The company raised about $62.5 million from Sequoia Capital, Jafco Ventures, Draper Fisher Jurvetson, and Khosla Ventures before it was finally taken over by Google in June 2012 to get it integrated it to Google+.

The success of Meebo attracted significant numbers of visitors. According to the founders, by the end of 2011, it had over 250 million monthly global visitors and the number was steadily growing. It also earned awards and recognition including Think Social Award from the ThinkSocial team in 2009 and was named as one of 69 “Hottest Silicon Valley Companies” by Lead411 in 2010.

According to Jen, she always wanted to pursue her career in arts but changed her mind after seriously thinking over the fast evolving computer and Internet technologies. In spare time, she pursues her passion that include rock climbing, Frisbee playing and mentoring young and budding entrepreneurs and students. She is also the recipient ofTech Fellow Award, 2009