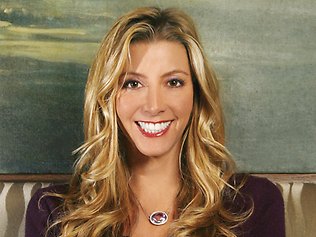 Sara Blakely (born February 21, 1971) is an American businesswoman who established Atlanta-based multi-million dollar undergarment firm Spanx in 2000. Today, in 2012 at the age of 41, she has joined the group of corporate tycoons, becoming the world’s youngest self-made female billionaire. Forbes Magazine ranked her 1153 of 1226 Billionaires List.

On completion of her graduation from Florida State University, with a degree in communications, she served at a local stationery company named Danka, where she was appointed to sell fax machines by visiting door-to-door. After an unsuccessful stint in sales, she moved to Atlanta with her fortune of $5,000. In 2000, She started Spanx from her home. Blakely designed the company logo on her own and took all marketing initiatives, working almost 7 days a week across North America.

According to information published in Forbes Magazine, today Spanx has 125 staff and sells approximately 200 products across 11,500 online shops, department stores, and boutiques across 40 countries in the world. The Spanx and its brand are worth more than $1 billion dollars. What is most inspiring about Blakely is that she achieved it through sheer determination and hardwork. She owns almost 100% of Spanx, has zero debt, and has never ever taken any outside investment. She even claims to have spent nothing on advertising.