“We lived on farms, then we lived in cities, and now we’re going to live on the internet!” Sean Parker quoted saying in the movie The Social Network 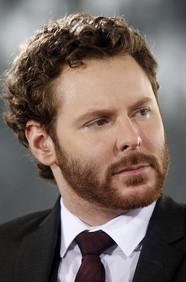 Sean Parker is an American serial technology entrepreneur and investor currently serving as a managing partner of a San Francisco based venture capital investment firm Founders Fund. He is the co-founder of VC-backed contact management application company ‘Plaxo’, a revolutionary peer-to-peer file sharing Internet service ‘Napster’, an online fundraising application in Facebook ‘Causes’, and Airtime and prior founding president of Facebook.

From the early childhood, Parker was keen on learning computer and playing video games. At the age 7, he was taught Atari 800, a series of 8-bit home computers, by his father. Parker’s entrepreneurial dream was nurtured by his father who’d often tell him to start taking risks pretty early in life. As a teenager, Parker grew learning programming and hacking. His obsession with hacking landed him in trouble when, at the age 15, he was found guilty of hacking a Fortune 500 company and was sent to community service.

Parker enrolled at Oakton High School in Fairfax County, Virginia for about two years and then got transferred to Chantilly High School in 1996. His teachers as well as fellow students remember him as an exceptional student and often regarded him as a genius. In 1996, Parker was invited to work as an intern for Mark Pincus, the person who later founded Zynga, and together they worked on a startup called FreeLoader. At the age16, he participated in the Virginia state computer science fair and won it for developing a Web crawler prototype and was hired by the CIA. According to Forbes, he was making over $80,000 a year even before he completed his high school.

On completion of school studies, Parker managed to convince his parents to skip college and pursue his entrepreneurial dreams. Napster, a peer-to-peer free file sharing service for music, was his first venture which he started with Shawn Fanning and launched in June 1999. In less than a year, Napster was being used by millions of music lovers across the world and was called the fastest growing Internet venture of that time. Parker had to shut down Napster in July 2001 due to several lawsuits and copyright infringement cases against the company.

Plaxo, which was launched in November 2002, was funded through venture capital and was taken over by Comcast in 2008. In the same year, the website claimed 20 million users.

Causes, a non-profit, fundraising application within Facebook, was co-founded by Parker in 2007. Today, it is the biggest online platform across the world for activism with 100 million installed users and has raised more than $30 million for nonprofits causes.

Parker, currently serving on the board, invested $15 million in Spotifyy in 2010 to make Napster’s music sharing system legal. As of now, the catalog of Spotify had approximately 15 million songs and approximately ten million registered members. It has about 3 million paid members who pay around $5 to $15 per month to access premium version features.

Airtime, a live video sharing website, was co-founded by Parker in 2011, along with prior co-founder of Napster Shawn Fanning. He is the company’s executive chairman while Fanning is the CEO.

Parker never attended any college and he doesn’t regret his decision!