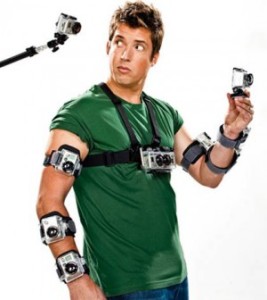 Passionate entrepreneurs find their own way of making a lot of money. Their passion secretly creates the opportunity that directs them to the pinnacle of success. This is something what happened with Nick Woodman who could never realize his passion would help him create a multi-billion dollar business.

36-year-old Nick Woodman is a passionate surfer, a new billionaire, an innovator and founder/CEO of GoPro, the manufacturer of an innovative and useful gadget- a wearable camera that is capable of capturing the closest action shots for extreme sports enthusiasts or athletes as they speed up or down a mountain or surf at the crest of the waves. The camera has a strong, tough and adjustable band made of elastic to wear it or secure anywhere to take up the close up and clear footage of extreme sports. 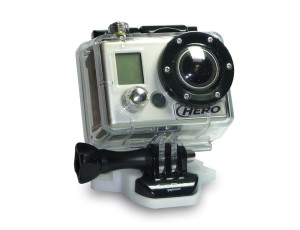 The concept of the wearable camera emerged to him in the late 1990s and in 2002 he seriously got involved into it after a surf trip in Australia with a few friends when he couldn’t capture the wonderful moments of that trip. It was frustrating for him and that feeling pushed him forward for the idea. He funded his dream project by combining a $35,000 loan from his mother and the money collected by his girlfriend by selling seashell belts along the coast of California. For the next 2 years, he consistently worked for his idea and he finally established GoPro. In 2004, the company finally received his first ever break with the order of 100 items by a Japanese company for an action sports tradeshow. Today, the company has their own line of mounts, cameras, and sport specific add-on accessories to improve and take up every impossible shots and high-definition video footage – from speed-up race car driving to extreme surfing and skiing. Austrian skydiver Felix Baumgartner, who made world record by jumping from 39 kilometers above the earth in October, wore his cameras to record every close-up moment clearly.

Foxconn, a Taiwanese international electronics contract manufacturing company, declared that they had purchased 8.88% of the camera company GoPro for a huge price of $200 million. As of now Woodman holds approximately 51% of the company which makes his personal net worth to be more than $1 billion. According to Forbes, as of March 2013, his approximated net worth is US$1.3 billion.