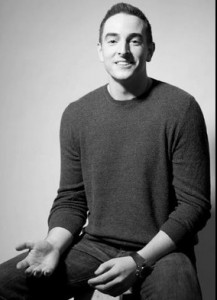 Popularly known as the Wireless Wonder, the 33 year old Robert Pera is the silicon valley’s newest entrepreneur to join the billionaire club this year. A former Apple engineer turned entrepreneur and founder of Ubiquiti Networks, a next-generation communications technology multinational, Pera manufactures wireless products and sells them with fatter profit margins than the most of his competitors’. In an interview to Forbes magazine, Pera was asked his secrete to astounding business success. To which he replied, “I try to build something great as efficiently as possible,….and sell them at a price that motivates the buyers as well as ensures a profit”

According to reports, Ubiquiti Networks saves upto 30% on sales which is much higher than any publicly trading hardware manufacturer. Robert Pera owns about 64% stakes in the company which makes him worth 1.2 billion, Forbes reported.

33 year old Robert Pera was born and raised in San Carlos, which is not far away from the silicon valley (the southern part of the San Francisco Bay Area). His father worked as a business consultant and his mother as a public relation officer. From the early teen years, Pera has been passionate about internet and computer technologies. He had to miss a high school year due to a rare form of heart-valve infection; however, he managed to get admission at UC San Diego for undergraduate degree in electrical engineering and Japanese. He continued his studies at the same university and completed a master’s in electrical engineering with specialization in circuit design. On completion of studies, he was hired by Apple as a hardware engineer and worked on the Airport Wi-Fi base station. Soon, he realized that he was looking for more success and money and he finally quit Apple to pursue his own dreams.

Soon after Pera quit Apple, he started exploring business opportunities in Wi-Fi technologies. In March 2005, he accumulated his savings and credit card cash and thus he got $30,000 to invest in a company he named Ubiquiti Networks. June 2005, Pera launched its first product series “Super Range” mini-PCI radio cards SR2 and SR5. The cards were an instant hit and they were purchased by several small and medium scale Wireless Internet service providers worldwide. The “Super Range” modules would operate at the 2.4 and 5.8 GHz bands and would use Atheros chipset.
Currently, the company sells four major products: airMAX (MIMO TDMA protocol Systems); airFiber, airVision (the next-generation H.264 IP Camera Management System) and UniFi (a revolutionary WiFi system)

Pera aspires to push his company to a greater height and get it the reputation of CISCO. He says ‘success is a matter of identifying opportunities and putting in clear and concise efforts in right direction’.