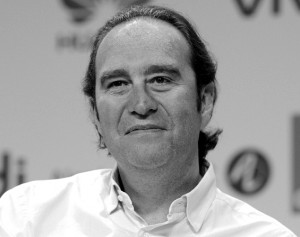 Xavier Niel is one of the most successful French entrepreneurs, best known as the founder of French telecommunications company Free which he founded in 2002. He is a self-made billionaire without having any aristocratic contact or high-profile college degree. Niel’s entrepreneurial journey began at an early age of 15, soon after his father presented him a Sinclair ZX81 computer as a birthday present. Instead of playing computer games, he chose to use his computer to learn programming and make money.
Most of his fortune comes from Iliad, the parent company of Free, where he is the Deputy Chairman of the Board of Directors & Chief Strategy Officer. According to Forbes, Xavier Niel is the richest man in France with the net worth of approximately $4.5 billion USD. He is also the co-owner of the newspaper Le Monde, as well as the song “My Way“.

As a growing child, he found his parents emphasizing on studies whereas he judged life practically. When he saw his father literally doing little after 18 years of rigorous studies of law and medicine, and mother working as an accountant to support the family, he gave up the idea of studying for prolonged time. While his sister Véronique was busy preparing herself to become a speech therapist, Niel started an adult chat services on Minitel at the age 19. In 1995, he invested in the first Internet Service Provider in France named World-Net, which was sold for €40m in May 2000.

In March 2010, he co-founded Kima Ventures with Jeremie Berrebi to invest in 50 to 100 startups every year across the world. As of 2011 it had already invested in over 130 companies in 18 countries. Business Insider calls him to be one of the world’s most active investors.