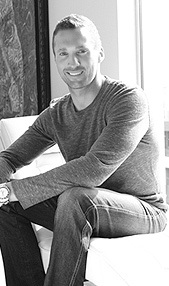 The self-made millionaire Ryan Blair reached the pinnacle of success through the toughest and unlikely life events. His journey from pathetic upbringing in decayed family surroundings, domestic abuse, drugs, alcoholism, desertion, imprisonment, and poverty to becoming multimillionaire proves that anybody, provided he or she has craved desire, can accomplish anything they want to and become anybody they aspire to. His own drug addict engineer father was cruel and violent towards his mother and indifferent to any family responsibility. He would frequently abuse them and hold the gun to his mother’s head in front of everybody. He finally abandoned them when Blair was 13 year old with his small sister and brother. His mother became a drug addict and Blair went on to joining a gang of criminals and murderers. In some years, he forgot to care if he was alive or dead.

A break knocked his door when his mother began dating a wealthy man who picked up him from criminal gang and tried to provide him the best possible life. His stepfather was the first person ever to give him a wakeup call. His words, ‘I have faith in you’ pushed him to do something out of his own courage.

At the age of 21, he started his first business and failed. He went on to starting 10 different businesses and failed in all. In 2005, Blair started the Detroit-based ViSalus, a weight loss and fitness program and this time he lived no ground to failure. ViSalus was an instant success! Today, the value of his current business is a staggering $600 million. 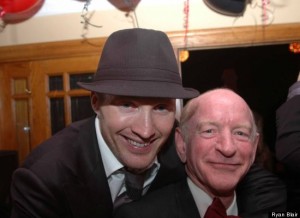 Ryan Blair with his step father

In August 2011, he authored ‘Nothing To Lose and Everything To Gain: How I Went From Gang Member To Multimillionaire Entrepreneur’ that holds the raw accounts the adversity through which Blair became the what he is today. The book became the New York Times Best Seller. The lessons on how he fought back from his adversities, difficulties and tremendous poverty inspire us to not to not give in to the life ordeals, provide effective lesson for personal reinvention and offer a road map for entrepreneurial success.

The company visalus.com was launched in 2005 but struggled for some initial years to accomplish the best of the three principles that demonstrates its name: “Vi” represents the root for Life, and “Salus” represents the Health, Wealth and Prosperity. After the bitter experiences of own life, his passion for providing the healthy lifestyle to everybody inspired him for this venture.