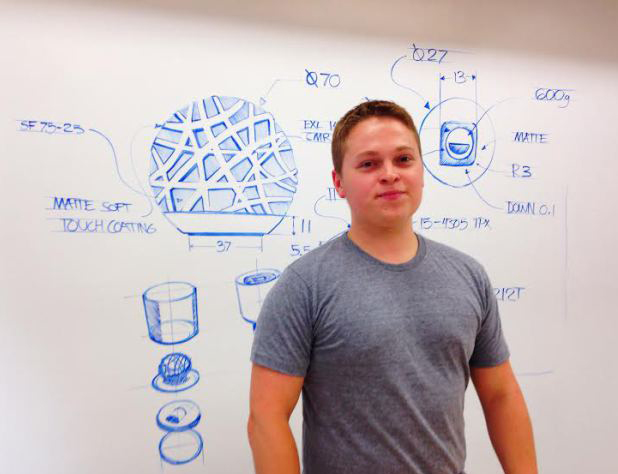 We spend one third of our life either sleeping or attempting to do so. In Thomas Dekker’s words “Sleep is a golden chain that ties health and our bodies together.”
However, in this fast-paced world, most of us don’t actually seem to be worried about how to have a quality amount of sleep. The good news is that James Proud, a former Thiel fellow and the Founder and CEO of San Francisco based Technology company Hello, invents a sleep tracking device called ‘Sense’. “I wished to create an incredible piece of product yet the product would not be a typical kind of electronics that you don’t want just like an Apple TV just beside your bed. It will give you a feeling or wrap you up with happiness.” he said.

Smart sleep contains a particulate sensor that actually tracks your sleeping pattern, and tracks temperature, humidity and light or small particles in the air that might negatively impact your quality sleep. The package contains three components – a spherical sensor, a tiny waterproof clip-on named the “Sleep Pill,” to attach to your pillow that communicates with the sphere via Bluetooth LE and ANT and a six-axis accelerometer and gyroscope to track the extent of disturbances around. This device does complete assessment of your night’s sleep in relation to the environment and gives you a good idea on how much you were disturbed. This product can be called to be the footsteps of the Misfit Beddit Sleep Monitor, which is to be placed under your mattress or attached to the bed. 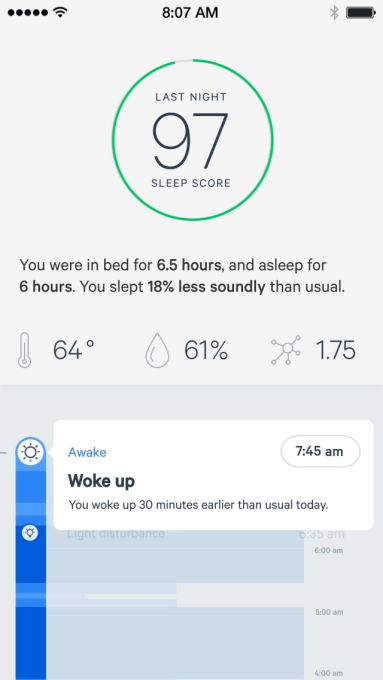 Sense has created a crowd-funding sensation on Kickstarter by raising $345,000 within two days of launching the campaign while its original goal was to raise $100,000. As of now, it has raised over $1.5 million and the backers are still counting with 19 more days to go.

The Sense is expected to launch in November 2014 in the market. You can preorder the product Sense for $99 with $15 extra required for international orders.