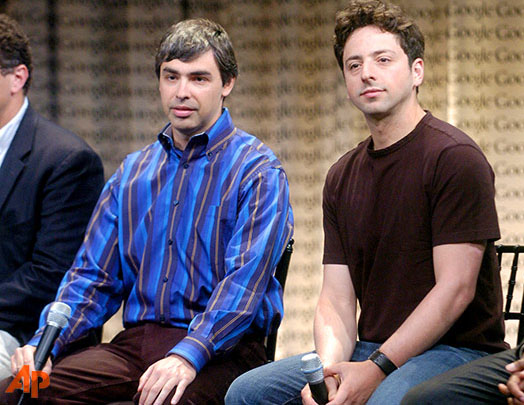 Sergey Mikhaylovich Brin, a Russian American computer scientist and Industrialist, was born on August 21, 1973 in Moscow to Russian Jewish parents. He is the son of Michael Brin, a mathematics professor at the University of Maryland and Eugenia Brin, a research scientist at NASA’s Goddard Space Flight Center. At the age of six in 1979 his parents immigrated to the United States.

Brin attended Montessori School in Adelphi, Maryland; however, his parents also taught him mathematics, science and Russian language at home. In 1993, he completed his Bachelor of Science degree with honors from the University of Maryland, and attended Stanford University to receive his PhD degree. It was here he met Larry Page and together they published a research paper titled, “The Anatomy of a Large-Scale Hypertextual Web Search Engine” which later resulted into developing the search engine, Google. The next, they decided to leave the university and began working on their project of launching the world’s finest web search engine.

The Economist magazine called Brin to be an “Enlightenment Man”

According to Forbes Magazine 2011, he is the world’s 24th richest with net worth $16.7 billion fortune. Moreover, Forbes places him #30 in the list of the world’s most powerful men.

In 2003, IE Business School awarded both Page and Brin with honorary MBA “for embodying the entrepreneurial spirit and lending momentum to the creation of new businesses…”
In 2004, they were chosen for the Marconi Foundation Prize, the “Highest Award in Engineering”

He was the featured speaker at the Technology, Entertainment and Design Conference and at the World Economic Forum and.

In 2004, ABC World News Tonight honored Brin and Larry Page with “Persons of the Week”.

“Obviously everyone wants to be successful, but I want to be looked back on as being very innovative, very trusted and ethical and ultimately making a big difference in the world.”

“Technology is an inherent democratizer. Because of the evolution of hardware and software, you’re able to scale up almost anything. It means that in our lifetime everyone may have tools of equal power.”

“Too few people in computer science are aware of some of the informational challenges in biology and their implications for the world. We can store an incredible amount of data very cheaply.”

“It’s clear there’s a lot of room for improvement, there’s no inherent ceiling we’re hitting up on.”

“We will intensify our efforts to build out our infrastructure overseas and to develop products that are tailored to individual markets.”

“Today, we’ve begun to make the extraordinary historic films of the National Archives available to the world for the first time online. Students and researchers whether in San Francisco or Bangladesh can watch remarkable video such as World War II newsreels and the story of Apollo 11 — the historic first landing on the Moon.”