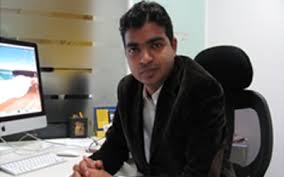 TastyKhana.com, which evolved as an online food ordering platform, has come a long way now, with over 5000 restaurants in different cities across India. Serving over a million customers and more than Rs.10 crores of annual turnovers, the company aims to cross Rs.100 Crore mark in less than two years. Currently operating across Pune, Mumbai, Bangalore and Delhi NCR, it is literally transforming India’s food ordering habit. The company Founder Shachin Bharadwaj has been featured in Outlook, Economic Times, Money India and other newspapers and Magazines.

Shachin Bharadwaj is a highly enthusiastic, dedicated and self-motivated entrepreneur who started working on TastyKhana out of his own personal experience of ordering his meal from office. Soon he teamed up with Sheldon Dsouza who he knew whilst being a student at
Maharashtra Institute of Technology and Pune University. Both of them came from Pune and shared the same college and university. Initially, Bharadwaj wasn’t quite convinced by the idea of starting a venture that relied on engaging customers through Social Media; Nonetheless, he wanted to give it a try. After months of market research and time spent on developing the portal they finally launched it in 2007 in Pune. It wasn’t an overnight success but the innovative idea was soon picked up by the food enthusiasts and the news made its way to the print media; the portal witnessed a consistent growth in coming years. In 2013, Delivery Hero, a German Portal that provides similar services, invested $5 million in the company and it hasn’t looked back ever since.

Shachin Bharadwaj completed his Bachelor of Engineering (B.E) from the Maharashtra Institute of Technology, Pune and worked at Synygy, India before delving into his own entrepreneurial venture. He started TastyKhana.com out of his personal savings of Rs 200,000.