The woman who truly represents the changing face of women entrepreneurs.. 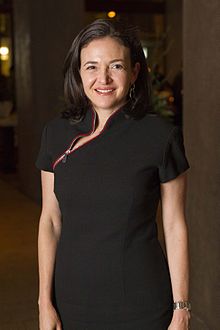 Sheryl Sandberg, a Jewish-American businesswoman, is chief operating officer of Facebook since 2008. With the course of time, she has become the most prominent face of the company’s astounding success. She joined Facebook when it had just 70 million users, which has now 845 million mark and growing at the pace of some hundred thousands a day. At Facebook, she is considered the most significant figure after Mark Zuckerburg. Sandberg is also known as the wealthiest self-made women in the world with a net worth of about $2 billion. According to the S-1 filing, Sandberg owns 1,899,986 Facebook shares of common stock. In addition, she also holds 39,321,041 options and restricted stock units.

Sandberg was a bright student from her early age and would top her class. In 1991, she completed her graduation in Economics and was awarded the John H. Williams Prize for highest score in economics. In 1993, she enrolled at Harvard Business School and earned her M.B.A. with highest distinction. In 1995, on completion of her studies, she joined McKinsey & Company as a management consultant. From 1996 to 2001, she was the chief of staff for the United States Department of the Treasury. She served Google as Vice President of Global Online Sales as well as Operations. From 2008, she is with Facebook.

“We are looking for innovative ways to work with different people globally to help solve these problems, … We are looking for opportunities that are sustainable and that we think will make a difference for organizations and for people across the world.”

“We have a desire to do things at scale, and by scale we mean the kinds of things that can touch not just millions, but hundreds of millions of people, and an approach that combines real innovation, technically and otherwise,”

“It’s not a lot of money in the face of all the world’s problems, so we want to make sure to get the most out of it.”