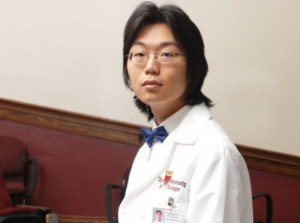 His admission at such a young age became a nationwide issue and several prestigious universities rejected his application calling him too young to start college. When, at the age 12, Yano entered the University of Chicago’s prestigious Pritzker School of Medicine, there were many faculty members who hesitated and expressed their concern about his maturity for such a higher and prestigious course. Some were worried about the fact that the medicine course might rob the normal adolescence from him. However, his classmates illustrate him as the most humble, intelligent, hard-working and most adorable guy in the entire class. According to the Association of American Medical Colleges, 23 is considered to be the eligible age to start for medicine but he completed it at the age of 21.

Sho Yano has been a genius from his very early childhood. From an interview of Yano with Tribune magazine, it is known that he took up an IQ test at the age of 4 but the score was considered too high to have a perfect measure. He is not only a brilliant medicine student but also an acclaimed pianist. Yano’s younger sister Sayuri is also a prodigy who has received a bachelor’s degree in biology from Roosevelt University and now at the age of 15 she is pursuing a second bachelor’s degree in violin performance at Johns Hopkins University in Baltimore.