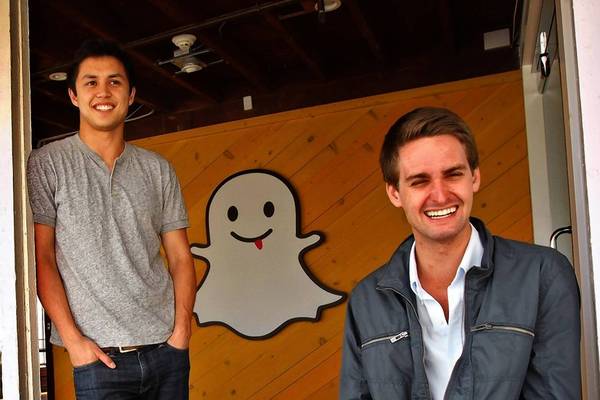 Snapchat is a photo messaging mobile application where users can snap photos, record videos and then send to their friend list along with written text and drawings. However, what makes it different from other similar apps is its feature that disappears the shared photos and videos in less than 10 seconds.
Back in April 2011, Spiegel explained about his idea in his product design class as his final project and in July 2011, he finally launched his project under the name Picaboo, which was later renamed as Snapchat. It was first started by the Stanford University students Evan Spiegel and Reggie Brown as the university project; later, Robert Murphy also got involved in the development.

As of 2012, Snapchat didn’t make any profit but continued receiving series of funding from Benchmark Capital, General Catalyst, and Lightspeed Venture Partners and others. According to The Wall Street Journal’s report, in 2013 Snapchat turned down US$3 billion cash offer from Facebook to acquire the company. The same year they reportedly declined another staggering $4 billion offer from Google.

Snapchat was hacked on January 1, 2014 that resulted into disclosure of usernames and phone numbers of 4.6 million users and made all their personal and secured information accessible on internet for download. The company did take immediate steps for updating their application and advancing the security measures after strong public pressure.