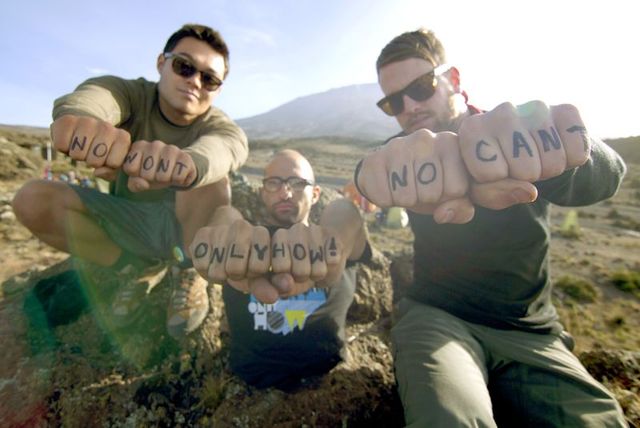 How far can we think of our life without legs? Can we think of accomplishing the task of conquering Africa’s tallest mountain using our hands? It might seem an impossible task for a great majority of us but Spencer West’s success story tell us to redefine the word IMPOSSIBLE.

At the age of five, Spencer lost his both legs right below the pelvis after which his normal life became heavily hampered and it seemed he’d end up being an inactive member of society. But his extraordinary courage and limitless spirit led him to a remarkably normal life, much against his doctors’ projection. Spencer says, “I’ve just always seem myself as a regular person. I’ve never seen myself as a person without legs. I’m only reminded of that when I’m out in public.” He has achieved several amazing things with his amputated body which the most normal people would hesitate to do. 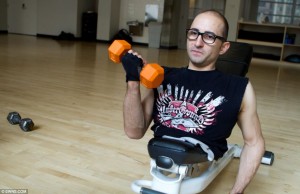 Spencer West Preparing for the Trek

Spencer West took 20,000 steps to the 19,300 feet Mount Kilimanjaro in Kenya and finished one of the most remarkable journeys of mankind on 19th June along with two of his best friends David and Alex. Most of his journey he completed on his hands – pushing his whole body forward with the help of hands. His both hands were left bloodied and bruised, but in Spencer’s words “the pain and discomfort were ‘worth it’.

After reaching the destination, he expressed his feelings in his blog (freethechildren.com) “The moment the summit was within sight… it was incredible. We looked around – me, David and Alex – and realized that, after seven grueling days of relentless climbing, after 20,000 feet of our blood, sweat and tears (and, let’s face it, vomit) we had actually made it. We were at the top.” 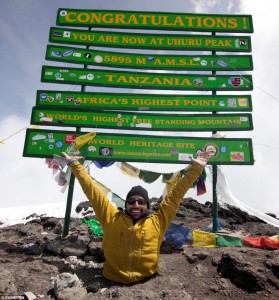 In an interview to abc news, he dedicated his achievement to his parents who always treated him normal from the very early childhood and instilled confidence, courage and desire. He decided the climb Kilimanjaro with the holy purpose of raising $750,000 for making the Kenyan children free of illiteracy.

Spencer is associated with a non-profit Me to We and has been addressing school children and professionals for over 5 years now. He has already shared the stage with some of the most influential people such as His Holiness the Dalai Lama, former U.S. Vice-President Al Gore, Dr. Jane Goodall, Mia Farrow, Nobel Peace Prize Laureates Betty Williams and Elie Wiesel, and Jason Mraz.

Me to We Speakers – Spencer West