“No one wants to die. Even people who want to go to heaven don’t want to die to get there… Yet death is the destination we all share… Death is very likely the single biggest invention of life. It’s life’s change agent. It clears out the old to make way for the new.” Steve Jobs 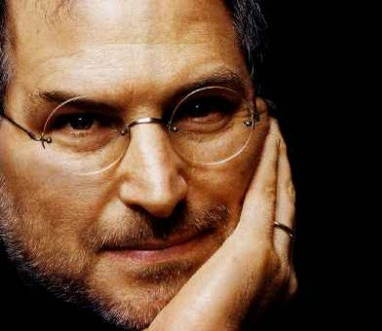 Jobs was born on February 24, 1955 in San Francisco to Abdulfattah John Jandali, a Syrian Muslim immigrant and Joanne Schieble, an American graduate student. He was adopted by Paul Jobs and Clara Jobs from Mountain View California and given the name Stephen Paul Jobs

From early years, Jobs took interest in technology and attended various after-school lectures at the Hewlett-Packard Company. He briefly worked at the same company as a summer intern with with Steve Wozniak.

In 1972, Jobs enrolled at Reed College, Portland Oregon but dropped out after attending a semester. However, he continued auditing classes, sleeping on the floors of friends’ rooms, collecting water and soft drink bottles for food and getting meal every Sunday at a local Hare Krishna Temple. The next year he enrolls for Calligraphy

In 1974 Jobs joined Atari, a video game maker and attended meetings of Homebrew Computer Club with Steve Wozniak with whom he later founded Apple.

On April 1, 1976, Jobs and Wozniak formed Apple Computer. They created the circuit board in a grage and set Apple I on sale by midsummer.

In 1977, Apple launched Apple II, the first computer ever that generated color graphics.

In 1978, as a result of a brief courtship with a Bay Area painter Chrisann Brennan, Jobs’ daughter, Lisa Brennan-Jobs is born. Initially, he denies but later acknowledges her as his daughter.

In 1983, Apples puts Lisa computer on sale. Jobs ask John Sculley to quit Pepsico and serve as Apple CEO. He convinced him by asking, “Do you want to sell sugar water for the rest of your life, or do you want to come with me and change the world?

On January 24, 1984, Jobs introduced the Macintosh which soon became the first commercially successful small computer with a graphical user interface

In 1985, Jobs founded NeXT Computer with and investment of $7 million. He promoted NeXT products across scientific organizations, government bodies and educational institutions.

In 1986, Jobs bought The Graphics Group which he named Pixar

In 1993, Apples reported quarterly loss of $188 million. It failed to compete with IBM and other computer giants that led to the resignation of John Sculley.

In 1996, Apple Bought NeXT and appointed Jobs as advisor.

1n 1998, Jobs is requested to take over as ‘interim’ CEO and the same year Apple started making profits

iMac desktop becomes the most successful computer in the year 2000

In 2004, Jobs is diagnosed with pancreatic cancer and undergoes for surgery

In 2009, Jobs goes on medical leaves and receives liver transplant. By the end of June, Jobs returns to Apple and attends various meetings and seminars.

As of March, 2011, Apple sold about 108 million iPhones worldwide

On October 5, 2011, Jobs’ family announced that he “died peacefully

“Almost everything–all external expectations, all pride, all fear of embarrassment or failure–these things just fall away in the face of death, leaving only what is truly important. Remembering that you are going to die is the best way I know to avoid the trap of thinking you have something to lose. You are already naked. There is no reason not to follow your heart.” Steve Jobs

“Here’s to the crazy ones, the misfits, the rebels, the troublemakers, the round pegs in the square holes… the ones who see things differently — they’re not fond of rules… You can quote them, disagree with them, glorify or vilify them, but the only thing you can’t do is ignore them because they change things… they push the human race forward, and while some may see them as the crazy ones, we see genius, because the ones who are crazy enough to think that they can change the world, are the ones who do.” Steve Jobs

“Almost everything: all external expectations, all pride all fear of embarrassment or failure. These tings just fall away in the face of death, leaving only what is truly important. Remembering that you are going to die is the best way I know to avoid the trap of thinking you have something to lose.”

“Sometimes life is going to hit you in the head with a brick. Don’t lose faith.”

People Who Changed the World in Business
Steve Jobs: Rules of success