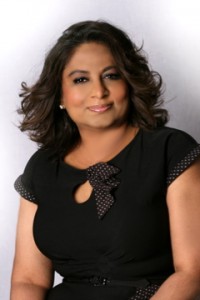 Calcutta girl Chanda Zaveri, who left home at the age of 17 in 1984 to escape her arranged marriage, went on to writing her own success story of becoming a millionaire entrepreneur and innovator. Instead of compromising with the life chosen for her by her parents, she preferred to leave home alone and embrace Life’s challenges head-on. She faced them with extraordinary courage and dedication and returned home after three decades as a millionaire entrepreneur.

Chanda Zaveri left home at the age 17 with nothing except a pair of diamond earrings which she sold to buy tickets of British Airways and landed in Boston to an English couple David and Karen. Zaveri first met Karen in Kolkata on a day when she fell unconscious due to heat and humidity. Zaveri helped her to reach hospital and they became good friends ever since.
After having their assistance in difficult times, she started her own life as a house assistance of a 98-year-old lady Mrs. Leslie who loved her as her very own daughter and humbly gave her $30,000 to pursue her study in Harvard from where she completed the two units which was needed to enable her pursue masters in the US. Soon, she was introduced to David’s father-in-law who brought her to California after adopting her as his daughter.

Zaveri joined the California Institute of Technology where she completed her biochemistry research under the Nobel Prize-winning chemist and Professor Linus Pauling who’d won the Nobel prize for chemistry in 1954 and for peace in 1962. Working with Linus Pauling was her dream which she didn’t want to let. However, when she first approached him, he didn’t have much work available in his lab except for washing petri dishes. The offer she immediately grabbed. Soon her keen interest and perfect observation was noticed by Linus Pauling who agreed to give her hands-on instruction on how to make Peptides and a lot of formulations. Later, he gave her $70,000 with which she started her journey by founding her own company called Activor. Today, according to reports, the company has annual turnover in millions.

The girl who escaped a proposed forced marriage and landed up in the United States a Penniless achieved everything she wanted to through her courage and hardwork. The Success Story of Chanda Zaveri will inspire millions of Indian girls to pursue their dreams and become whatever they want to be.