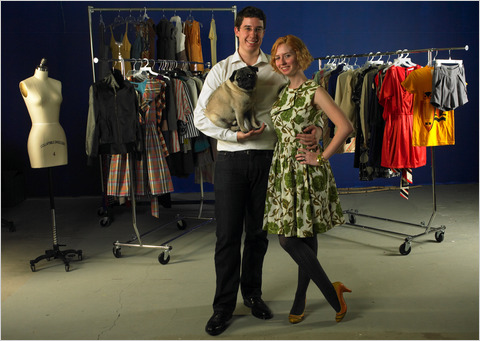 ModCloth.com, an American online clothing, accessories, and decor retailer that specializes in vintage-inspired and indie clothing. It was launched in 2002 by Susan Gregg-Koger (then 17-year-old) and her the then-boyfriend, and current husband Eric Koger. The idea of ModCloth crossed Susan’s mind while sitting in a dorm room full of amazing clothes and accessories. She discussed the idea of starting an online retro clothing store with Eric to which he readily agreed.

They began selling vintage clothing while they were still undergraduates at Carnegie Mellon University. Over the years, Modcloth evolved into one of the largest online fashion retailers. Currently, it sells brands such as Stop Staring, BB Dakota, EC Star, Tulle, Gentle Fawn and Jeffrey Campbell Shoes and features over 700 indie designers. Together, they have launched an innovative program called “Be the Buyer” with desire to deal with the business in a democratic style, which means products will be picked up depending upon the customers’ vote and choice. According to them, this powerful program helps new and budding designers to emerge and get noticed in fashion world.