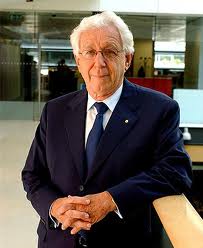 Frank Lowy is an Australian-Israeli businessman who is known as the co-founder of Westfield Group, one of the world’s largest retail property groups. He owns about 124 shopping malls across the countries such as the United States of America, the Great Britain, Australia, and New Zealand. Lowy’s success story started from dealing with the early life hardships and went on through surviving the miseries and humiliations of World War II, escaping German concentration camps and finally ended at becoming the richest businessman of Australia.

Frank Lowy was born on 22 October 1930 in Fiľakovo, Czechoslovakia. When the World War II broke out, he had to shift to Budapest, Hungary to avoid the arrest from the Nazis and Hungarian secret police. There he lived a friendless and lonely life. He lost his father Hugo in an event when he left the family to buy train tickets to a safer place but never returned. Lowy was unaware how brutally his father was tortured and beaten to death. (he came to know about his father’s death from a remarkable co-incidence when his son Peter Lowy went to Los Angeles in the early 1990s for business purpose and met a stranger who knew his grandfather Hugo Lowy and told the story of How Hugo was taken away to Auschwitz by Nazis men and ordered to give his prayer shawl and prayer books to be burned. On refusal he was beaten and killed.)

Somehow, in 1946 Lowy landed in France where he was left on a ship named Yagur from where he was transported to the imprisonment camp in Cyprus and after few months he was taken to Palestine and finally brought to the Atlit detainee camp. 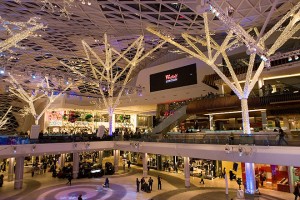 Later, he moved to Sde Ya’akov and joined the Haganah and the Golani Brigade during the Arab–Israeli War in the Galilee and Gaza. He left Qiryat Tivon, Israel in 1952 to reunite with his family and together they moved to Australia to start a business of delivering small goods. In 1953, he met a fellow Hungarian immigrant John Saunders who later became his business partner to establish Westfield Development Corporation. Gradually, they expanded their shopping centers across Australia and the United States. The company’s name was changed to the Westfield Group. In 1987 Saunders left the company by selling his stake. In coming years, Lowy took the company to New Zealand and the United Kingdom.

According to Forbes, as of March 2012, Frank Lowy’s net worth stands at $4.4 billion. He is Australia’s riches self-made entrepreneur. At the age 81, he still remains the chairman of the company.

“Never give up! People don’t understand how persistent you have to be. You come up against an obstacle and you have to find a way of moving forward. You take detours, navigate between the obstacles and make it happen. Unless you are very strong and convinced you can succeed, you will be swept away.”

“I learned to value the small transactions as well as the large.”

[On his father being sent to Auschwitz] Once father was taken away my childhood ended. I was never a child again. In a sense I became more like a father to my mother. My days were spent scheming about how to live, eat and survive.

“Invincible is never how I felt, but optimistic… yes.”