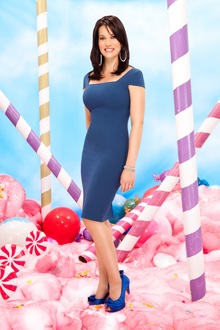 Jesse Conners, the founder as well as CEO of PeppermintPark.com, had a perfectly normal and uneventful childhood. However, things turned worst for Jesse when she was 9. Her parents sold all of their worldly possessions believing that the world will be brought to an end soon. They sold almost every thing they had and since the world did not end, they decided to move on. From the time she traveled across the U.S. and to Mexico with her family finding for work along the way.

While she was in high school, she started assisting her father in chiropractor practice and gradually she moved to real estate. By the age of 20, she already made her name in real estate world selling and buying properties. At 21, she was one of the participants in the first season of NBC’s “The Apprentice.” Although she didn’t win the show, but her audacity and persistence brought her to the notice of millions. Jesse is also a published author; she published her first book in the year 2006 titled Nightmare Nation, predicting the existing economic conditions of the United States. In 2008, Conners started building a membership-based fashion and luxury brand, an online retailer PeppermintPark.com.

Jessie has made her appearances on several television shows including Oprah, CNBC, NBC’s The Today Show and many more. She is nationally acclaimed and keynote speaker who attends over 300 events every year and has already given her speech in more than 1500 real estate conventions. What makes her victorious is most likely her passion for work and craved desire to excel. He success story is inspiration to all who inspire to become future business leaders. At 28, Jessie is finally a multi-millionaire. She believes that obstacle are common norm specially when you have potential to grow, “There is constantly some fire that you have to put out. That’s what running a business is all about… Don’t let it discourage you. Try again, start again.”