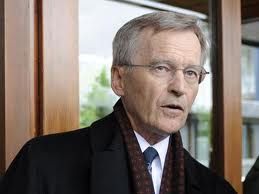 Karl Hans Albrecht, a German businessman and the founder of discount supermarket chain Aldi Sud, was born in 1920 on 20th February, in Essen, Germany. His father worked as a miner and baker’s assistant and mother owned a grocery shop. Albrecht worked in German Army during World War II and after returning from the war, he, along with his brother Theo, took over their mother’s business. In 1961, they founded Aldi store. However, a couple of years later, due to some personal conflicts, they separated and Albrecht kept the Southern section giving the Northern section to his brother. Within a few years his business expanded and he started opening new stores across all major cities across Germany. By the end of 2002, he established over 4000 stores in the country. Today, his business has strong presence in many countries including Poland, Germany, France, Greece, Switzerland, UK, Hungary, Australia, the United States and many other.

The existing Aldi Sud is a conglomerate that comprises of 35 companies and has over 6500 stores across the world.

Apart from business, Albrecht has intense interest in golf. In 1976, he built his own golf course named the Öschberghof, where he plays till date. In 1994, he became the chairman of the board and retired from his daily operation in Aldi Sud. He gave the company responsible to non-family members and his two sons are not involved with the company. At the age 92, he prefers to maintain a low profile.

According to Forbes 2010, he was the richest man in Germany and world’s 10th richest man whose net worth stood at $23.5 billion

“If you’re not serving the customer, you’d better be serving someone who is.”

“The typical human life seems to be quite unplanned, undirected, unlived, and unsavored. Only those who consciously think about the adventure of living as a matter of making choices among options, which they have found for themselves, ever establish real self-control and live their lives fully.”

“Change your language and you change your thoughts.”

“Customer needs have an unsettling way of not staying satisfied for very long.”

“Your most unhappy customers are your greatest source of learning.”

“Every company’s greatest assets are its customers, because without customers there is no company.”