“At the age 21, Neil Patel was ranked amongst top 100 bloggers by Technorati and Wall Street Journal called him one of the top influencers on the web.” 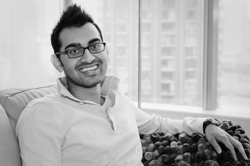 Neil Patel is the co-founder of two successful Internet companies: Crazy Egg, and KISSmetrics that provide the advanced business analytics and website traffic analysis services in two different ways. He founded KISSmetrics with Hiten Shah. In 2008, with the assistance of his team, Patel developed a new robust analytics solution that most of businesses were searching for. With these two companies, he has been assisting several fortune 5oo companies including AOL, General Motors, Hewlett-Packard and Viacom, helping them track the exact source of their visitors and make money from the web. At the age of only 21, Neil became a top 100 blogger by Technorati and called one of the top influencers on the web by the Wall Street Journal. His business stared from a humble beginning of his own realization.

Neil Patel was born on April 24, 1985, in London, England. From his childhood, he was surrounded by entrepreneurs, but to understand it in deep, he decided to venture on his own. In Patel’s words, he started it by following his cousin who would sell CDs while he was at John F. Kennedy High School. After realizing the fact that selling CDs, which is often classified as an illegal business, will not help him reach his destination; so, he thought of doing any legitimate and more profitable business. At the age of 15, he joined the Knott’s Berry Farm but after 3 months he left the job and joined Quality Systems, where he was paid out a few hundred dollars in commission on every sale besides his fixed salary. He would sell $1600 worth Kirby vacuums. The product was best-in-class, the commission was also high but the job wasn’t easy. He would make door-to-door visits, and convince people to let him clean their carpets for free. According to Patel, by the end of the month, he could convince just one Indian couple to buy the product who, in fact, returned it in less than a week.

Disappointed by himself, Patel decided to do something new and different. He talked to his sister who was working for Oracle and drawing a handsome salary a month. She advised to use Monster.Com in order to search the best paying jobs. However, instead of looking for a new job, Patel started thinking about how Monster.Com and similar sites worked. Then, he decided to start his own job board, Advice Monkey for he spent 5 grand and got a website built. A complete novice, Patel failed in this business as well.

It was the time for Patel to introspect his actions. On sister’s advice, he got enrolled at Cypress Community College and resolved to master over Internet Marketing and bounce back with full verve and energy. A couple of years of self learning and hardwork resulted into his first company Crazy Egg. After initial failures, he finally managed to attract some investors and the business started to make revenue.
Today, Neil Patel is among one of the most successful young entrepreneurs whose success story is an inspiration for hundreds of budding entrepreneurs and professionals.