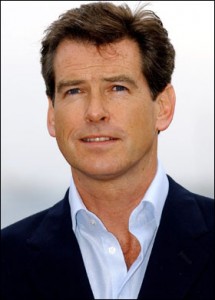 Widely acclaimed Irish actor and environmentalist Pierce Brendan Brosnan’s journey started from a humble story. He spent much of his early years of life as a loner and grew up facing several uncomfortable and painful life experiences. However, he managed to shape himself up as the man of his own self, own perception and belief.

Brosnan was born on 16 May 1953 in Navan, a small town in County Meath of Ireland.He spent 10 years of his childhood in Navan, exploring the fields, playing around the Trim Castle and living the quiet country life. His father Thomas Brosnan was a carpenter who left the family when Brosnan was some months old and his mother May had to move to London to train as a nurse when he was only four. He spent most of his childhood days with his grandparents Philip and Kathleen Smith. Ironically, both of his grandparents died when he was only six. After spending some months with close relatives, he was finally picked up by Eileen Reilly who took him into her lodging house. He lived there until he turned 10 and was taken by his mother to Putney, London.
Brosnan describes his early life as dry and lonely. His mother married for second time upon his approval to a man named Bill Carmichael with whom Brosnan shared a fairly good relationship. It was his step-father who took him to watch the Bond movie Goldfinger in 1964, upon which he found acting as his real passion. In an interview he said,

“When I found acting, or when acting found me, it was a liberation. It was a stepping stone into another life, away from a life that I had, and acting was something I was good at, something which was appreciated. That was a great satisfaction in my life.”

On completion of his graduation in 1975 from the Drama Centre, he started his career as an acting assistant stage manager at the York Theatre Royal. Later, he was chosen by playwright Tennessee Williams for the role of McCabe in The Red Devil Battery Sign from which his fame rose as a ‘Telivision Star’ and continued with movies including Long Good Friday and The Mirror Crack’d in 1980. In 1985 he was nominated for Golden Globe Award as the Best Supporting Actor.

In 1994, on June 8, he was introduced as the 5th James Bond 007 at a press conference in London and he received huge success through his first Bond movie GoldenEye that grossed over $350 million worldwide. It was more than any other Bond movies of previous years. His coming Bond movies earned even more than the first one and together they grossed more than $1.6 billion.

In 2001, he was voted as the greatest British film actors ever in the Orange 2001 film survey. In the same year, he was also voted as the “Sexiest Man Alive” by People Magazine.