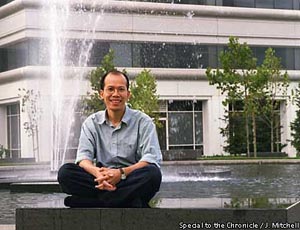 Dang Trung Dung, a Vietnamese-American businessman, was the founder and chief technology officer of OnDisplay. His rags-to-riches saga began on a night in 1984 at the age of 17 when Dung secretly immigrated to United States from Vietnam on a fishing boat. After spending a year in an Indonesian refugee camp he came to Boston with $2. Despite the hardships of initial painful and struggling years, Trung never gave up on his dream and continued studies. He did postgraduate in Computer Science from Boston University, and MBA from BKU. Earlier, he completed bachelor degrees in Mathematics and Computer Science with highest marks from the University of Massachusetts Boston.

Before finding his own company he worked as an engineer at Open Market, and developed of Internet commerce software. After several years, he finally established his software development company named and named it OnDisplay Corporation that designed software to retrieve required and selective information from related websites and assembled them in a user-friendly way. In 1999, it became one of the 10 most successful IPOs, and in 2000 it was sold to Vignette Corporation (now known as OpenText) for USD1.8 billion. Later, Trung established Fogbreak Solutions that optimized the efficiency and litheness of assembly line. The company received fund from Matrix Partners, Greylock, and Sigma Partners but when they stopped funding after some unsteady years, in May 2004, Trung, along with Nilesh Jain founded Bluekey Services. Currently, Trung is CEO of Tascola, Inc. which develops supply chain management software for renowned computer hardware manufacturers.

His success story has been featured in several leading publications that include The Wall Street Journal, Forbes, Financial Times, and San Francisco Chronicle, and even in Dan Rather’s book The American Dream.