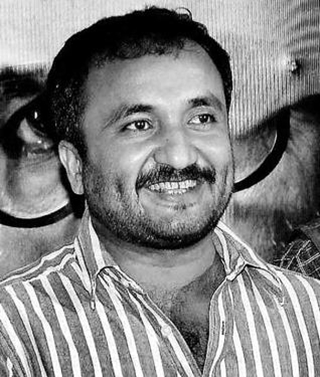 Anand Kumar, an Indian mathematician, is widely acclaimed for pioneering the most applauded and ambitious program of talent hunt ‘Super 30’ that was founded in 2002 in Patna, Bihar. He is also a sought-after columnist for reputed national as well as international magazines and journals.

A Brief Journey to Super 30

Anand Kumar was born in Bihar to a post office clerk who had great difficulty to afford private schooling for his children. While attending the Hindi medium government school, Anand developed his passion for Mathematics. Soon he began solving complex problems and continued cultivating his mathematical skills and interest in science subjects. He submitted his papers on Number Theory as a graduate student which were published in The Mathematical Gazette(a UK-based non-profit foundation for research in the mathematical sciences) and Mathematical Spectrum(UK based professional society that deals with mathematics in education). Anand secured a life-changing opportunity to get admission in Cambridge University but acute poverty and the sudden death of his father could not let him realize his dream. His financial condition further deteriorated and left him with no choice other than supporting his family. He would study mathematics in his spare time and accompany his mother to sell papads in evenings. In 1992, he started teaching Mathematics in his own rented institute the Ramanujan School of Mathematics with two students. Soon the number became 36 and crossed 500 mark in less than three years. In 2000, many poor students, who couldn’t afford even annual admission fee, came to him and requested for IIT-JEE preparation which inspired him to start the Super 30 programme. As of now Anand has trained over 300 extremely poor but talented students among which 262 have cracked the entrance. Super 30 students are provided with free tuition, as well as food and place to stay.

Anand has been featured in the BBC Programmes and The New York Times. He has been called as the “one of the global personalities who have the ability to shape exceptionally talented people” by Europe’s magazine Focus. He was enlisted among the list of 20 pioneering teachers of the world by UK based magazine Monocle and rewarded by the government of British Columbia, Canada. In 2010, he was honored with the S. Ramanujan Award by the Institute for Research and Documentation in Social Sciences and his institute ‘Super 30’ was featured in Time Magazine’s list of Best of Asia.

His struggles and initiatives behind ‘Super 30’ has been portrayed in the book, “Indo No Shougeki”, which was published by Japan’s reputed publisher named ‘Bhushan’, and a chapter has been exclusively devoted to his inspiring and courageous spirit to enlighten people with knowledge through ‘Super 30’.

10 things to learn from Anand Kumar

1. Charity isn’t only about providing money to the needy, it is more about enlightening people with your knowledge and skills. Even the poorest can do greatest charity provided he knows what charity itself means. Anand prepares students for IITs, his mother Jayanti Devi prepares food for them and his brother Pranav Kumar looks after the management – there can’t be a better charity than this!

2. Serving Humanity is Serving God! He has been serving the three significant things required for human existence – food, shelter and knowledge.

3. He is always willing to be little, humble, modest and quiet, which altogether demonstrate his revolutionary spirit, infinite appetite to building a society of excellence. Be humble irrespective of circumstances or the height of success and you don’t have to promote yourself.

4. Have faith in your abilities and share your every bit of creativity and talents. By not believing in your ability you undermine the infinite intelligence and power you have been bestowed with. Anand is helping with whatever he has and never thought his bit would prove the biggest and greatest.

5. Don’t fear of anything and laugh at the face of danger. He has been attacked twice but he did not give up hope and step back from responsibilities. His life is still at stake but you will never find him to be affected anyway, he smiles and goes everywhere to share knowledge.

6. Be happy with what you have and try to expand it with your own effort, honesty and hard work. He always emphasizes on what he has and is now planning to expand his ‘Super 30’ to ‘Super 50’.

7. Always be honest for what you are and what you do It will make you feel clean and enlightened from inside. The positivity will never let you be alone.

8. Don’t cling on the past or regret the opportunity you missed because you never know your destiny might have thought of something more than you have ever thought of about yourself. Despite securing his admission at Cambridge University, Anand had to let the chance go because of his financial condition and the sudden death of his father but he never regretted and preferred to move on.

9. It does not matter where you belong to, what matters is what you desire to be. He belonged to a considerably poor family but that could not prevent him from succeeding in life.

10. 10. Never think how small you are to help humanity think how your bit can help improve some lives. Your small bits are equal to thousand small efforts in long term investment and one day you will wonder how big it has become by uniting all of them. you will be thankful to yourself!