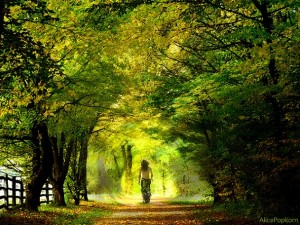 All the objects of our universe are shifting towards its end within the dynamic process of Nature, but the existence of human being is evolving beyond the Natural process faster than other spices, with ignorance that leading us to an unnatural end. No doubt, today we are existing behind the armours of Nuclear weapons neglecting the true fact “ that human being have always used whatever they created for their own safety and terrestrial bliss”. It is a true fact, that we have already made enough Nuclear weapons which would destroy this planet much more than our imagination, but still we are neglecting the facts, as helpless unable to prevent the lethal innovations which might lead us to an unnatural end.

For a unanimously accepted answer, we will have to explore beyond our inherited system of thoughts and genetic nature, to reveal the neglected facts of the metaphysical and material evolution on Earth. Thereafter to make large awareness of this essential issue, we will have to bring scientist and theologians together to consider on our negligence for metaphysical and material evolution, within a subject (literature) that enthralls the mind and spirit of the mankind existing in mazes of several theological definitions and unanimously following the scientific achievements, neglecting its lethal effects.

Facts of our material evolution……

The evolution of human being on Earth is a fruition of the dynamic process of Nature, and it is based on both visible material effects and the invisible metaphysical potency, that evolved our mind and spirit within the mazes of fear and passion, raising our vitality faster than other species of this planet. In fact Mankind evolved step by step according to its contemporary needs and thereafter the mental potency of mankind emerged as their inherited system of thoughts embroiled in materialism. The growth of materialism was based on fear and passion hidden behind the discretions that encouraged the mankind to civilize and communalize for safety and terrestrial needs. Thus the outskirts were made to secure the communities within culture and traditions and our life based on materialism approached the metals as emblem of excellence. Though the core potentials of our genetic nature were based on a method “Anyhow to obtain whatever is possible for their safety and terrestrial bliss” that materialized the evolution of mankind but their inherited system of thought based on fear, passion and dissatisfaction created the basis of wars and massacres took place in the history of mankind. Triumphs of fear and passion raised the vitality of mankind up to the mazes of vanity and encouraged the potentials of materialism to innovate the lethal objects for our unnatural end, to perpetuate their excellence among the world community, neglecting the fact that “nothing is perpetual according to the dynamic process of Nature.” Now, when the embodiments of materialism that existing as scientific achievements are capable enough to equalize the tenets of the entire mankind, The world leadership in thralldom of their own inherited system of thoughts, are ignoring the oncoming lethal effects of their innovations, with a hope to achieve excellence above all. Hope is the basis of frustration, whenever the pain of frustration touches the dept of spirit; the metaphysical potency begins to lead us towards a new hope. At this current period, as far our material evolution in form of scientific achievements have grown up, the potentials of spirituality has fallen down bellow to its dangerous point, separating the entire mankind in religious boundaries created within theological definitions. So for the collaboration of all the ideas of materialism on path to peace, first of all we will have to bring all our theological definitions in one idea.

Metaphysical effects in our existence.

According to all our religious point of views, our origin on Earth was as innocent and diligent creature. During its evolution on basis of materialism, the positive mentality and belief of mankind that evolved following the process of Nature within philanthropic views were able to gain the fame of divinity. Those with negative mentality evolved on basis of fear and passion, that tried to explore beyond the process of Nature, emerged as Satan, yet sophisticating the verve of humanity with the visible potentials of materialism. That means, the mentality that evolving in thralldom of visible graces of materialism, always neglected the invisible potentials of spirit, and tried to use the potentials of spiritualism just as material objects created for their cotemporary needs, hoping it would lead them to supremacy and for salvation from terrestrial agonies. So the incarnations as “Son of God” or “The last Messenger of God” and all the incarnations according to any religious point of view, have suffered the agony of materialism, while determining the path to peace and humanity. Still most of us are on the same way, instead of following the theological definitions; they are using The God teachings as a subject for political and communal issues, and with a tendency to achieve the terrestrial graces as much it is possible for them. Within these circumstances the basis of terrorism and fanaticism are safe as an obstacle on path to peace. Thus for a comprehensive conclusion regarding this essential issue related to the safety of our existence on Earth, The world community will have to bring all our theological definitions in one idea, within scientific insights, in a fresh form of literature, without disgracing the belief of any mankind. It will help the world leadership to bring scientist and theologians together to reveal the negligence of our perception that emerging as obstacles during peace process.

Literature is not only a subject for entertainment. It holds the basis of our culture and tradition, which enthralls our mind and spirit right up from childhood. Thereafter between the period of childhood and juvenescence, our perception in mazes of materialism cripples the verve of literature approaching the scientific achievements. Than just at the period, when juvenescence enters into professional life, mostly their tendency to belief and attributes falls in thralldom of materialism. Now the graces of literature loose its potentials for enlightenment, converting into a subject for entertainment. This is one of the biggest negligence of our perception that creating obstacles on path to peace. It is not possible for the unanimously accepted science or for the theological definitions that separating the percept of mankind, to determine the path to peace, without approaching the graces of literature that holds large space and potentials to bring spiritualism and materialism together.

The efforts for peace and solidarity……

Now at this current period when the fame of our evolution is raising high up to the infinite cosmos, the leadership in ministry throughout in world, are trying to equalize their power by innovating most destructible Nuclear weapons, ignoring its effects in the perception on mankind separated in religious boundaries. Though we are all aware of the current political strategy, but helpless to meditate out of the premeditated theories for the perpetuation of the basis of peace. Many individuals and organizations are on the way to perpetuate the path to peace, but yet they are unable to collaborate for a conclusive method that would define the perception of all mankind regarding this essential issue, because the efforts for peace are processing within political and religious ensign. But still their is a hope alive existing as “Sir John Templeton Foundation”. One of the greatest visions of Sir John Templeton was to bring scientist and theologians together to accept the challenges of constructively transforming our intellectual life by exploring beyond the both metaphysical and material insights. But we are just leaping with the topics like the study of freedom or the question of secularism and for the changing the mind of academy within premeditated theories. In fact, it is not possible for the scientists or theologians alone to define our perception in one idea to perpetuate the basis of peace. For an affirmative conclusion regarding this issue, the world community will have to promote the graces of literature that defines the perception of mankind during the period of juvenescence, without disgracing their belief and faith. It doesn’t needs extra efforts or strategies of war room, we can easily achieve this goal by promoting the fresh innovative aspects of literature that reveals the facts of the biggest negligence of our perception, just as the creation entitled Agilia.