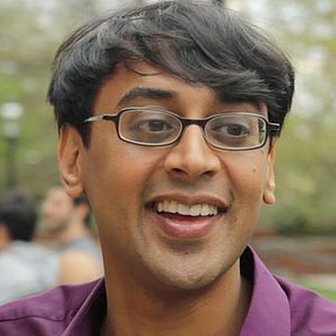 How can there be any relation among three different streams of education – Indian classical music, Sanskrit and mathematics? Well, Manjul Bhargava, the winner of the Fields Medal, widely acclaimed as the ‘Nobel Prize of Mathematics’, and the mathematics professor at Princeton University, finds his inspiration for mathematics from classical music and Sanskrit. He was chosen as one of the four best mathematicians from across the globe for the prestigious award. He is the first ever Indian-origin person to win this medal. The International Mathematical Union citation says he is responsible “for developing powerful new methods in the geometry of numbers, which he applied to count rings of small rank and to bound the average rank of elliptic curves.”

“I am certainly very much honored to receive the Fields Medal but beyond it, I feel it is a great source of inspiration for my students, collaborators, and colleagues who work with me and encourage more Indians and Indian-Americans to take up mathematics and scientific research in general” he expressed in an email reply to India Today from Seoul.

He was born in Hamilton, Ontario, Canada and raised in Long Island, New York, where his mother was a professor of mathematics at Hofstra University. On completion of his studies from Plainedge High School in 1992, he secured B.A. from Harvard University in 1996 when he won the prestigious Morgan Prize for the research at bachelor degree. He has also received the Merten M. Hasse Prize from the MAA, a Clay 5-year Research Fellowship, the Clay Research Award, and the Leonard M. and Eleanor B. Blumenthal Award for his important contribution in the Advancement of Research in Pure Mathematics and many more.

Besides a prominent mathematician, he is a proficient tabla player trained by Zakir Hussain and a Sanskrit lover, the interest that was kindled in him by his grandfather who was a Sanskrit professor in Rajasthan.