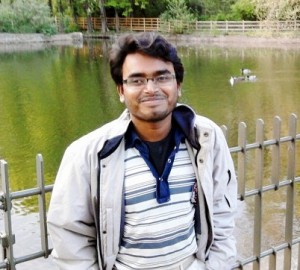 My thoughts in solitude often take me to the times when I was with my Dad during his last days, undergoing treatment for advanced stage cancer, in a private hospital.

Dad was in the hospital for three weeks at a stretch till he left us. But one particular incident, of which I have vivid recollection, affirms me that an act of love and kindness from a stranger can indeed cast magic.

The hospital policy allowed only one kin to stay overnight in the hospital along with the patient and that night I happened to be the one. My mom and sister had left hospital at around 9 o’clock. Besides attending to my father, I was occasionally having a glance at the newspaper. Chemotherapy doses had rendered my dad awfully weak.

At around mid-night, when the doctor on night-duty came for regular check-up, my dad’s blood pressure showed perilously low.

“Immediately get the ICU doctor to Room Nos. 603,” he exclaimed to the person in the reception picking up the phone.

I could comprehend the gravity of the situation as the doctor rushed out to bring back three nurses and another doctor who was also on night-duty. I panicked as I saw all of them rushing inside.

“Keep talking to him, don’t let him close his eyes,” one of the nurses yelled at me as my Dad was suddenly gasping for breath.

The Doctor from the Intensive Care Unit (ICU) also arrived.

“We don’t have time….we immediately need to find a vein … his blood pressure is very low….” said the doctor who had arrived from the ICU and I could sense the urgency in his voice.

And then began the frantic search for a vein. As the doctor and the nurses unsuccessfully searched for the elusive vein, I had the agonizing realization that with every passing moment my dad was going away from me.

With Chemotherapy doses in progress, dad’s appetite and oral intake of food was zilch and hence his veins had dried up.

I was desperately pleading and praying with my dad to look and talk to me. But he was finding it difficult even keeping his eyes open.

It was then that the doctor from the ICU asked me to come out.

“Your father has only few moments left; I suggest you call up your family members now, he might survive the night,” said the doctor, “but it is better if you can get them as early as possible.”

Realizing that passing over this information to my mother would cause more panic, I thought of conveying the same to my brother.

I called up my brother, explained the situation; but it would be a while before he could arrive by booking a cab at that time of the night.

Asked by the doctor to be outside the room for a few minute, I sat down crest-fallen in one of the chair just outside the room as the futile search for the vein was still on. On noticing me, a middle-aged hospital warden, on floor duty that night and who was used to seeing me for a few days then, came and set beside me.

“What happened…?” he asked me with concern.

I explained him the situation as briefly as possible as I could barely speak- overcome by grief.
He realized that I was in no mood to speak.

“I have seen this all; it’s a few years now that I am working here…I have seen even the doctor’s crying at the untimely demise of some cancer patients.”

“But my intuition tells me,” the warden continued “that your father should be fine.”

He kept seated beside me- as silent and shaken as I was-but suddenly I found the silence comforting; its impact was louder than a roar: as the silence told me that I had someone who could fell my pain, my helplessness. He reaffirmed me that we are all same, powerless against the dictate of destiny.

Time elapsed. Every moment was like a lifetime. My brother eventually arrived.

A few minutes later, the ICU doctor came out.

“We have managed to find a vein!!!” he declared.

I and my brother rushed inside the room to see our father. The warden, who was till then beside me, shared our excitement as he smiled and waved us as we were rushing towards the room. I could finally manage a smile acknowledging his kindness.

The warden’s intuition was vindicated: my dad’s recovery started soon.

As fate had it, three weeks after that, a heart-attack eventually took my dad away from us. But that night, the warden, a stranger, helped me overcome one of the most excruciating moments of my life.