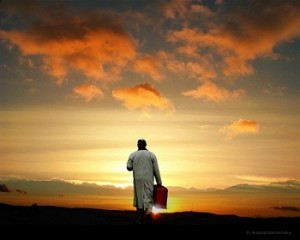 The Magic of Motivation

Motivation is the essence of life! History has proved time and again that many great feats were achieved due to the motivation caused by both animate and inanimate things.

Echo, an inanimate thing, motivated Marconi to invent Radio waves which paved the way for future inventions which include the latest mobile telephony and the internet. Birds’ flight motivated the Wright Brothers to invent Aeroplane which led to the latest inventions of super sonic jets whose speed can beat the speed of sound.

The population explosion in our planet Earth always motivates the space scientists to probe the possibility for human settlements in the planet like Mars.

We can learn from history that sometimes Awe-inspiring natural events could be a motivational force. For instance the unimaginable height of the Mount Everest motivated Tenzing to scale the summit with minimal gadget and comforts.

The vast swathe ice spread at Antartica and Arctic poles served as a motivational force for scientist to explore the geography of the poles. The scientists are now able to set permanent stations for further research to find out petroleum and other resources.

The great leaders of contemporary history have been a motivational force for many heroes of the real life. The philosophy of Ahimsa of Mahatma Gandhi has been the motivation for Martin Luther King to toil for the eradication of slavery in the U.S. Mahatma Gandhi’s life has been a source of inspiration for Nelson Mandela who could fight for the rights of Negroes in South Africa.

Wings of Fire, the autobiography of Dr.A.P.J.Abdul Kalam has been a source of inspiration and motivation for the youth, particularly the students to scale greater heights in their lives. His very presence on the occasion of meetings and get-togethers is a source of motivation for all.

History is replete with instances of emergency and exigencies acting as a motivational force. For example we can quote the birth of Bangladesh in 1971. Prior to the Indo-Pak war millions of Bengali-speaking Muslims were forced to enter India due to the harassment of the then Pakistani rulers. The influx of refugees motivated Prime Minister Indira Gandhi to intervene. Security of India also served as a motivation for Mrs.Indira Gandhi to intervene and ultimately Bangladesh was carved out.

Sometimes, sad events also serve as a motivation for some people to achieve strides. Jallian Wala Bhag massacre served as a strong motivational force for Mahatma Gandhi to declare “Quit India Movement” which ultimately led to the independence of India in 1947.
So it is imperative in our part to impart knowledge of great leaders to the youngsters. The autobiographies and noble thoughts of the great leaders and scientists can be a source of inspiration to the present generation. Good motivational ideologies would pave a way for the creation of a new world. Which would be filled with peace and social harmony among the people. By motivating people, we can make our planet a better place to live in.

We can join hands and strive for a better tomorrow!