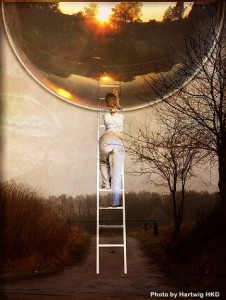 The human civilization is awash with interesting incidents which establish the power of motivation which has led to many innovations and inventions. Human sufferings motivated Gautama Buddha to establish a way of life that enunciates non-violence and renunciation of greed among the masses. The motivation to renunciate greed ultimately leads to human salvation.

The sufferings which befell the warriors in the Kalinga (an early republic in central-eastern India) induced emperor Asoka to embrace Buddhism which was propagated access the globe. The bloodshed at the war field forced king Asoka to depute his daughter Sangamithra to propagate the religion in the neighbouring countries such as Sri Lanka, Indonesia and far East.

The annexation Tibet with China and the subjugation Tibetans by the Chinese authorities induced the Dalai Lama, the Buddhist spiritual Guru, to fight for the independence of Tibet from the Chinese occupation. The motivation has been a powerful one. That is why the Dalai Lama has been leading the fight since 1956.

The very motivation to perform valiantly and score as many goals possible, induced the most popular footballer Lionel Messi of Barcelona (2012) to outperform and beat the record of Germany’s Gerd Muller(1972) Brazil’s Pele and Argentina’s Diego Maraodana.

To conclude, I must say that to achieving anything great or moderate some motivational force is a must. Mankind can get motivated by current events, natural phenomena historical events and the feats of great celebrities. So let’s endeavor to stay motivated and enlightened and live as a source of inspiration to the people all around.

“Thousands of candles can be lighted from a single candle, and the life of the candle will not be shortened. Happiness never decreases by being shared.” Buddha