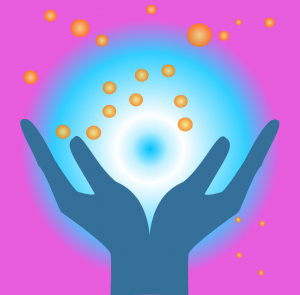 Sometimes, why are we dissatisfied with our environment? It may be our work place or college for a student or even our home. Don’t we feel as if we deserve something better than the present state of things? This unrest often results in the individual hopping from one alternative to another in search of the place where we can receive something better, something that is often intangible. We often end up blaming people and places for being worthless. But this question can often change the game we play with ourselves. Do we have the receiving hands? Read on to discover.

There was a large rocky mountain, who would always complain about the rain being unjust. It complained that the rain was being partial to the land by giving it more water than it deserved. Most of the soil on the mountain was being washed away by the rains every year, as there were few trees left to hold it in place. The mountain had an argument with the rain one day. It asked the rain to shower more water on it. The mountain said that it was grand and more significant than the land which is trodden by animals and common men. Only the brave and courageous conquer its peak.

With a smile, the rain asked the mountain whether it was capable of receiving its water. The proud mountain was puzzled to hear the question. The rain said that it was the nature of soil to receive and preserve water within. The layer of soil had grown on the land by years of decomposition of rocks and other materials. The mountain had lost the soil coat by distancing itself from the plants.

Doesn’t the decomposition signify the erosion of the false ego that we have created about ourselves? Have we lost our roots of perseverance, discipline, self-respect and simplicity? A glass full of water cannot hold any more. It overflows. A cloud has to give away the water it holds. A tree cannot hold on to its flowers just because they look good on it. They have to be transformed into fruits by dissolving their identity. The fruit grows into another tree by using the potential seeds it holds. Only then will flowers bloom in numbers which the lone tree couldn’t have imagined. We have forgotten, that to receive we must let go of the things we cling to.

The next time you are in such a fix, don’t forget to ask yourself, “Do I have the receiving hands?”