In 2011, a record 18 women CEOs made it to the Fortune 500 lists. Though it is roughly 3 percent of men CEOs, these women have proved that they can be just as effective as their men counterparts.
The following 10 women have changed the perception about the women in the corporate world. Their intelligence, business practice and journey of taking the company to a new horizon are truly inspiring. These women are also the highest paid women CEOs in human history: 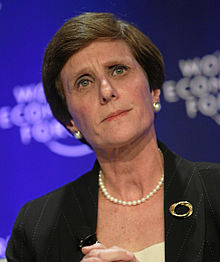 Since 2006 Irene Blecker Rosenfeld has been the CEO and Chairwoman of one of the world’s largest food company Kraft Foods. In a career of three decades, Rosenfeld has emerged as a visionary business leader and her dedication to organizational growth has distinguished herself as one of the most influential women CEOs of our time. Her devotion to service by cultivating relationship at the top as well as ground executive levels, designing its profitable growth and taking the company to the pinnacle of success make her one of the strongest business leaders. 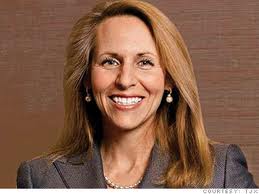 Since 2007, Ms. Carol Meyrowitz has been serving the TJX as Chief Executive Officer. Previously, Meyrowitz has assisted the fashion retailers including T.J. Maxx and Marshalls, helping them generate over $21 billion revenue in 2011. She has served the different positions in various time lines of the companies. 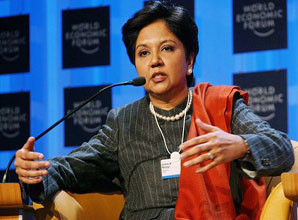 Currently she is the Chairman and Chief Executive Officer of the world’s second largest food & beverage business PepsiCo. For several years, Forbes has been placing her among World’s 100 Most Powerful Women and ranked her number one on its list of the Most Powerful Women in Business for the years 2006, 2007, 2008, 2009 and 2010. In 1994, she joined PepsiCo and in 2001 she became CFO and president of the company and in 2007, she finally became CEO. Pepsi has experienced better future with 72% rise since 2001 and outshined the Coca-Cola in the global market after 112 years, whilst she worked as CFO. Her experience and skill doubled the profit of the company and her global strategy assisted it to reach the pinnacle of success, making it one of the biggest international companies. 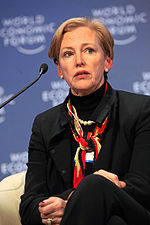 Ellen J. Kullman is the President, and Chief Executive Officer of the world’s largest food ingredient maker and the third largest chemical company of the United States, E. I. du Pont de Nemours. The company is headquartered in Wilmington. Kullman started her career with General Electric and joined DuPoint as a marketing manager in 1988. Over the years, she held several job profiles and was promoted to the post of CEO in 2009. She changed the shape of the company’s progress by emphasizing on promoting high-tech areas including biotech and green energy. She is also a member of the Board of Trustees for Tufts University. In 2011, Forbes has ranked her 4th among of its list of ‘the 100 Most Powerful Women of 2011.’ 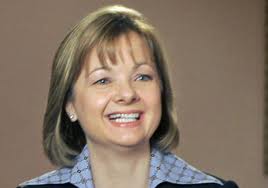 Angela F. Braly was appointed as CEO of Well Point, a leading health care company, in 2007. According to the company, Braly was the primary force behind its staggering growth which crossed $60 billion mark by the year of 2010. She successfully shifted the company’s focus on advocating healthy living and making best healthcare products at affordable prices. Currently, Well Point employs approximately 37,500 people. 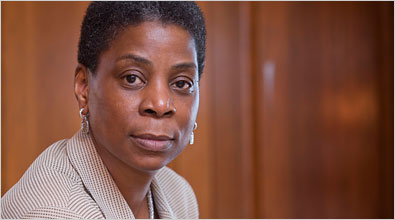 Ursula Burns has been recognized as the incredible rags-to-riches story. In 1980, she joined Xerox as a mechanical engineering intern and played the most influential figure maintaining a sustainable as well as profitable growth of the company. In 2001, she rescued company from filing bankruptcy. Taking the responsibilities of company as CEO of the company, she became the first African-American woman to take such a position at a Fortune 500 company. The company employs 77,000 employees. 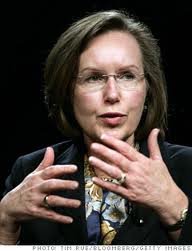 In 2008. Lynn Elsenhans was appointed as CEO of one of the largest independent US-based refiner-marketers Sunoco Inc. Elsenhans is best-known for her contribution to the incredible progress of company in terms of the profit. She is the first and the only woman to be enlisted on the Fortune 500 list in charge of an energy company. In 2012, she stepped down as CEO. Patricia Woertz is the CEO of the biggest public company, Archer Daniels Midland. Woertz, according to the company, has changed the company’s future simultaneously enhancing transportation as well as processing networks while keeping the safety and sustainability a serious and top priority. Her leading time in the company is the best time for it. 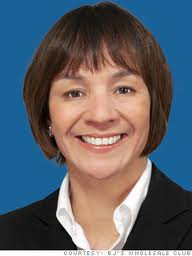 In 1989, Laura J. Sen joined BJ’s as an Assistant Vice President of BJ’s, which was founded by a Massachusetts-based discount chain Zayre. After two years, in 1991, she was appointed as the Vice President and Logistics Director. In 2003, she resigned to work as an Independent consultant but after 4 years she returned to the company and in 2009, she became the CEO. Eversince, she has been very active and has played the most vital role in the company’s progress. In 2011 she was selected to the Board of Directors for the National Retail Federation. 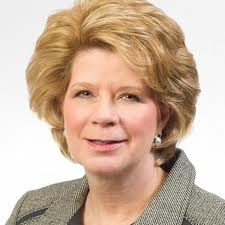 Beth Mooney is best known as the first female CEO to be appointed in one of the largest banking companies in America, KeyCorp. In 2010 Mooney became the CEO of KeyCorp from the title of KeyCorp’s President and Chief Operating Officer. She joined Key in 2006, with her years of experience in retail banking, real estate financing and commercial lending. Mooney has played a prominent role with much responsibilities than her title CEO claims. She is the prime figure of company’s profitable progress.