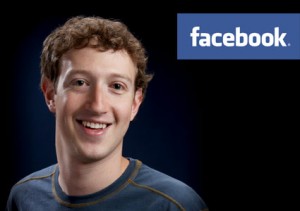 1. Facebook’s annual revenue for the year 2011 was a staggering $3.7 billion, which was about 88 percent higher than the previous year.

4. Mark Zuckerberg and Sheryl Sanderberg are officially allowed to fly in private jets on company expenses. They are even allowed to take their family members on business trips.

5.Zynga.Com, the social gaming company, accounted for over 12 percent of Facebook’s annual revenue in the year 2011.

6. Mark Zuckerberg has kept 57 percent of the voting rights of Facebook and literally is all in all.

7. In recent IPO, Facebook sold only 5 percent shares; however, the number of people who wanted to read Facebook’s offering documents soared to a height that the U.S. Securities and Exchange Commission website crashed.

8. 6 years ago, Facebook invited the graffiti artist David Choe to make some paintings on the Facebook office walls. When asked for remuneration, he preferred to be given stock. Today, his Facebook stock values over $200 million. A wise decision!

10.Peter Thiel was one of the early investors of Facebook. His initial $500,000 investment has now become about $2 billion.