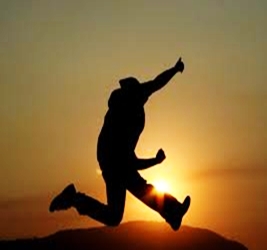 In our day-to-day life, a great majority of us are motivated by different worldly objects such as increasing bank balance, getting into perfect shape, looking for a better job, or spending more time with the nearest and dearest ones. But what motivates us to take action for a bigger and better cause? It might be an age-old question, but the answer such as rewards, recognition, money, power, don’t seem to suffice. While most of us turn to reading biographies and auto-biographies of great personalities, to know how they were motivated to obtain greater heights in their respective fields; there are people who get motivated innately.

Some of the things that motivate to take bigger and better action include:

A Strong Will to Achieve:

The founder of Reliance empire Dhirubhai Ambani got motivated innately. He started his career as a petrol pump attendant as well as a dispatch clerk in a far-flung land of Yemen. He earned and saved some money with which he blossomed into a polyester yarn import-export merchant. By dint of his hard labour and foresight, he forayed into textile and Petro-chemicals. Ambani was a self-motivated person. His sons Mukesh and Anil Ambani were motivated by the sheer hard labour of their father and progressed to the top most level in business.

Some people get motivated by their strong faith in God. Mother Teresa was motivated by the motto of “Service to humanity is service to God”. Her faith in God and human sufferings prodded her to work for the poor and downtrodden people. She got inspiration from God and worked for the betterment of leper and the underprivileged people. Her strong motivation for the salvation of the humanity resulted in the establishment of ‘Missionaries of Charity’ branches in many towns across the world. Mother Teresa’s followers got inspired by her strong will and determination and they are rendering their service for the humanity.

It is interesting to learn that some achievers get motivated by their thirst to contribute something to their motherland. The very paucity of medals for India in the Olympics motivated the sharp shooter Abinav Bindra to back a gold medal for India in shooting contest in 2008 Olympics in Beijing, China. It is the thirst for reward that made Michael Phelps the most decorated Olympian in human history.

Whate motivated Ratan Tata to innovate the low cost car ‘nano’? He empathized with the middle-class family of three or four travelling on scooters. He knew that it was next to impossible for a middle-income family to afford the high cost of cars. The non-availability of cars to the middle class people prompted him to design, manufacture and sell ‘Nano’ car which costs just over Rs. 100,000 ($2000). Now, scores of middle income people ride the Nano car and they do not have to drench in the rain or sweat in the Summer afternoons.

Struggle and Sufferings
Some people get motivated by their own struggle and sufferings. It is thoughtful to learn that Yuvaraj Singh, an ace cricketer was afflicted with lung cancer. But his strong will power to play and achieve in cricket motivated him to get cured of the illness. Now he has started producing results in cricket. His affliction cancer has become a ‘game changer’ in his life. His motivation has contributed to his achievement.
Sometimes, physically-challenged persons get motivated by their own handicap. It is interesting to learn that former cricketer S.Chandrasekhar was afflicted with polio which crippled his right hand. He got motivated by his handicap and became a spin bowler.

Michael Phelps got motivated by the medal haul of other Olympians Matt Biondi and Mark Spitz, the two have been considered the greatest swimmers of all time. By his sheer hard labour and continuous training in swimming fetched him 22 medals in swimming which is an individual game. His self-motivation not only let him recover from ADHD but made him the most decorated Olympian in history.

Music
Sitar Maestro Pandit Ravi Shankar got motivated by the devotion and dedication of his guru in Varanasi, India. After practicing Sitar for many years, he got inspired by the popularity of Jazz and other western music forms. The Europeans’ love for their music motivated Pandit Ravi Shankar to write notes on Sitar in a way that could deftly blend Jazz and classical music. He proved that Jazz music can also played on Sitar which is the modified form of ‘Veena’ the traditional Indian musical instrument. The very urge to innovate, at times, proves a motivational force which fetches money and popularity.

We the commoners can learn from many historical events to get motivated and succeed in our lives. The great achievers themselves are great motivators. We should learn the achievements and emulate them! 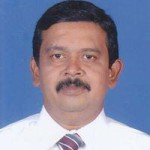