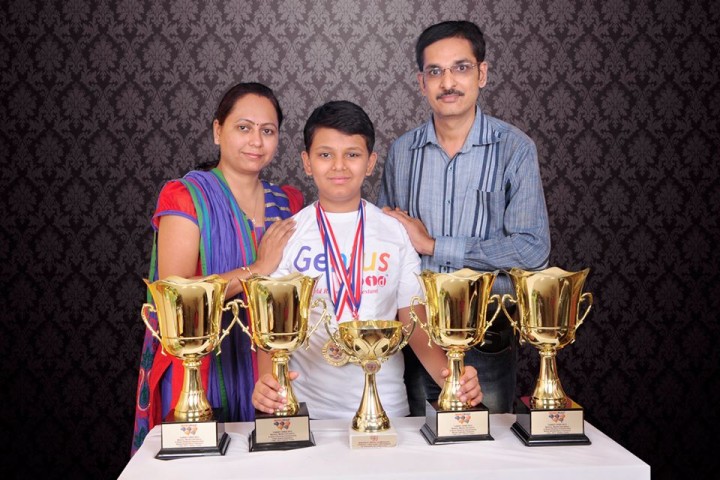 A 13-year-old boy Granth Thakkar from Vapi, Gujarat won the 6th world mental arithmetic championship held on 12th October in the German city of Dresden, beating 40 contestants coming from 18 countries. He astonished judges with his capability of solving mathematical problems in split seconds without making any mistake.

It’s not the first time, he won the gold in math Olympics. Earlier this year he participated in Turkey’s Antalya city, where he played for the game called ‘Flash Anzan’ and the task was to add up 15 numbers quickly flashing on a massive screen. He grabbed the gold for the kids’ category and silver for the adults’ category.

Despite being an extraordinary genius, he does not desire to pursue a career in mathematics, “I think it would be great to fly into space” he wants to be an astronaut.