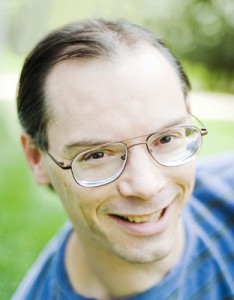 Tim Sweeney, a 41 year old computer game programmer and the founder of Epic Games, is widely popular for his notable work on ZZT as well as the Unreal Engine. During the years of 1995 and 1998, he wrote the original Unreal Engine that introduced numerous groundbreaking technologies such as volumetric fog, dynamic colored lighting, and real-time what-you-see-is-what-you-get 3D level-building tools. Unlike a majority of game developers, he is against patent and advocates the open-source software.

Sweeney founded Epic Games, Inc. in 1991 in Rockville, Maryland under the name ‘Potomac Computer Systems and later changed it to the existing name. The company has released several popular games which include ZZT, Castle of the Winds,Jill of the Jungle,Jazz Jackrabbit, Epic Pinball, One Must Fall: 2097, Unreal series, Age of Wonders, Gears of War series, Infinity Blade, Shadow Complex, and more.

“In 100 years, after the last C and C++ programmers are long gone, there will still be LISP enthusiasts. But don’t expect large-scale software development to happen this way.” Tim Sweney