Age isn’t just a number especially when you are an athlete! One is free to feel ‘18 till I die’ but for most of us every new year does take a toll on the performance of the body. Maintaining robust will power isn’t sufficient when the body gives up before the mind.
However, there are a few people who’ve successfully defied the perceived limitations of age and achieved what would seem impossible within the realm of a human body. Following is the list of 10 athletes who proved that age really doesn’t always matter and one can live one’s dream for as many years:

Dara Grace Torres is an American international swimming prodigy who has won 12 Olympic medals in three decades including her winning three silver medals in the 50-meter freestyle, 4×100-meter medley relay, and 4×100-meter freestyle relay in Beijing Olympics 2008. At age of 41, Torres was considered to be the oldest swimmer ever to earn a place on the U.S. Olympic team. According to several reports, Torres may participate in London Olympics. In 2005, she was inducted to the International Jewish Sports Hall of Fame.

Besides being a famous sportsperson, Dara Torres is also an occasional model who appeared in the Sports Illustrated 1994 Swimsuit Issue. She has also served as a reporter as well as announcer for several American television networks including NBC, ESPN, TNT, OLN and Fox News Channel, and hosted the golf show named ‘The Clubhouse’.

Julio César Robles Franco is a former Major League Baseball infielder who ended his career with a .298 batting average and logged hit in some other reputed leagues such as Japan’s Nippon Professional Baseball, the Dominican Winter League, South Korea’s Korean Baseball Organization and more. In 2007, at the age of 49, he was the oldest ever active regular player in the several major leagues’ history. During his long sports career, he experienced some important time as a shortstop, first baseman, second baseman, as well as designated hitter. 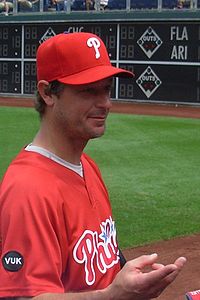 Moyer, an American professional baseball pitcher, is a true example of perseverance, which really matters and pays you back sooner or later. He is known to be the oldest player in MLB history to pitch a shutout and is the only pitcher to give toughest competition to opponents in games for over three decades. He has pitched for the Texas Rangers, Chicago Cubs, Baltimore Orioles, St. Louis Cardinals, Boston Red Sox, Philadelphia Phillies and Seattle Mariners. In 2003, he made the All-Star team. Moyer’s achievements earned him numerous awards that include the 2003 Roberto Clemente Award, the 2003 Hutch Award, the 2003 Lou Gehrig Memorial Award, and the 2004 Branch Rickey Award.

Nicklas Erik Lidström is a Swedish professional ice hockey defenceman who has won the Stanley Cups for four times, and James Norris Memorial Trophies for seven times. At the age of 41 in 2011, Lidstrom was the oldest active and equally competent player in the NHL. He’s been the member of four Stanley Cup-winning teams. Lidström was chosen as the “Best European-trained player ever in the NHL” by The Hockey News and the “NHL Player of the Decade” by Sporting News and Sports Illustrated. 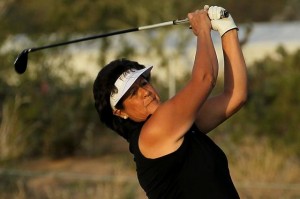 Nancy Marie Lopez is an American professional golfer who started her career at the age 8 and won the New Mexico Women’s Amateur at the age 12, the U.S. Girls’ Junior in 1972 at the age of 15 and also in 1974 when she was 17. She had a long professional career of over 30 years, and during the extended career she won 48 LPGA titles and three major championships.

She is the only woman to win three titles LPGA Rookie of the Year, the Vare Trophy as well as the Player of the Year, in 1978. She founded a full line of women’s clubs and accessories named Nancy Lopez Golf. Besides being a successful player she is an occasional television commentator.

Charles Frederick “Karch” Kiraly is one of the most notable American volleyball players who is the three-time Olympic Gold medal winner. Kiraly has won 148 professional beach volleyball titles and is the only person to win Olympic gold medals in both the indoor and beach versions of the sport. In 2002 and 2003, Kiraly recorded two AVP tournament victories along with his partner Brent Doble, and in 2004 as well as 2005, he made four more victories with Mike Lambert. In 2005, he won an AVP tournament in Huntington Beach, California. Kiraly won more than $3 million as prize money in beach volleyball and finally retired from the AVP tour after completing the 2007 season. In his mid-40s, he fought courageously and effectively against younger players. 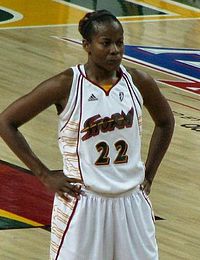 Sheryl Denise Swoopes, an American professional basketball player, is best-known as the first-ever player to be drafted into the WNBA and active participator in the league at the age of 40 in 2011. In 2005, she earned most significant title ‘All-Star game.’ She was the important vote-getter in All-Star balloting for five consecutive times for the years of 1999, 2000, 2002, 2003 and 2005. 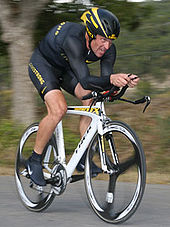 Lance Edward Armstrong is an American former professional road racing cyclist and the only winner of Tour de France for seven times from 1999 to 2005. In 1996, he was diagnosed of testicular cancer with a tumor that had metastasized to his lungs as well as brain for which he had to go under the extensive chemotherapy and the brain as well as testicular surgery but he went on to win. He is truly an inspirational personality. Today, at 40 years old, he is ready to take a shot at triathlons.

His accomplishments earned him several honors: In 1999 he was honored with the ABC Wide World of Sports Athlete of the Year, in 2000 he won the Prince of Asturias Award, in 2002, Lance was named Sportsman of the Year by Sports Illustrated magazine and he was also named Associated Press Male Athlete of the Year for the years 2002 and 2005 respectively. In 2003, 2004, 2005, and 2006, he received ESPN’s ESPY Award for Best Male Athlete and in 2003, won the BBC Sports Personality of the Year Overseas Personality.

Joan Benoit Samuelson is an American marathon runner, who is best-known as the runner across the world. She became the first ever women’s Olympic marathon champion after winning the gold at the 1984 Summer Olympics in Los Angeles. She celebrated her 50th birthday by successfully completing the 2008 Trials in Boston by running a sub-2:50 marathons.