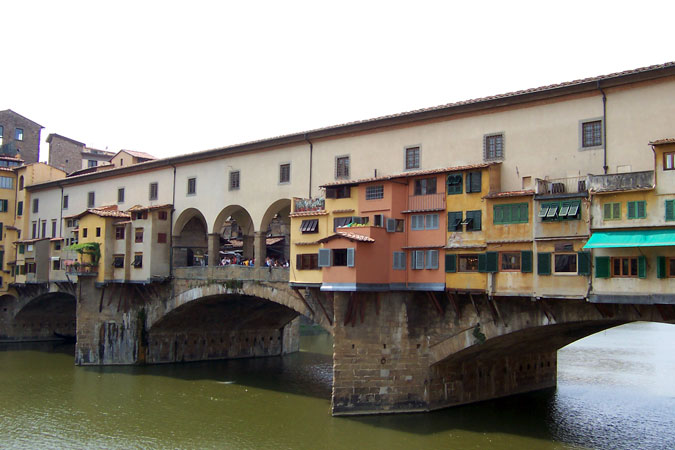 Ponte Vecchio, situated in Florence, is one of the most famous tourist attractions in Italy. It is the oldest stone arch bridge in Europe. It is mostly famous for many shops located around and in it. From the Middle AgesIt, it is a home for traders as well as butchers to the gift shop and art sales.
It was built from wood but completely destroyed by floods in 1333, and twelve years later the bridge was rebuilt using stone. 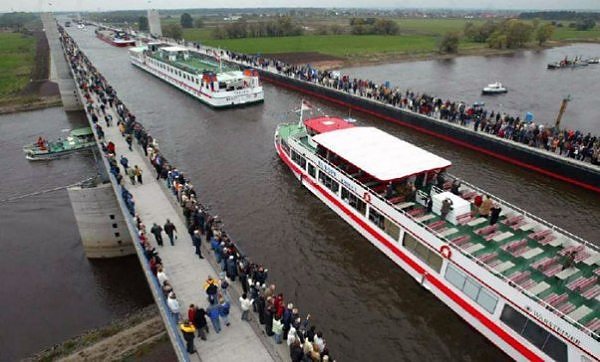 Magdeburg Water Bridge connects the former East and West Germany on the Elbe River. It was built as part of the German reunification project. 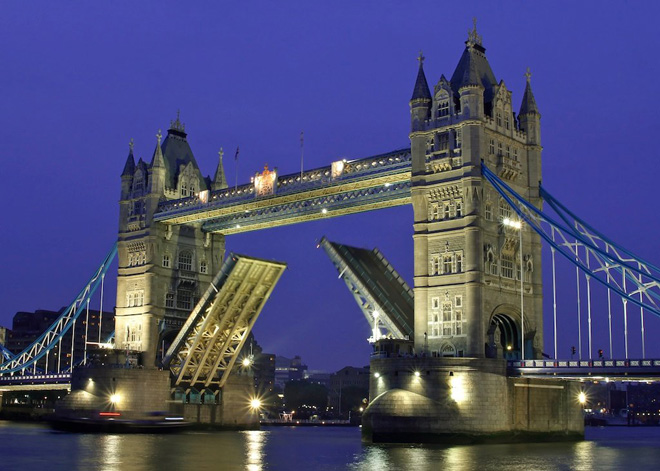 Tower Bridge in United Kingdom: Most Famous and most beautiful Victorian Bridge

Tower Bridge was built in 1894 by Horace Jones and Wolfe Barry. 141 feet tall and 800 feet long Tower Bridge is one of the famous landmark in London and is considered one of the most wonderful bridge in the world. When it is close it has 28 feet space that reaches 140 feet at opening the center that let the ships to sail on the Thames river. 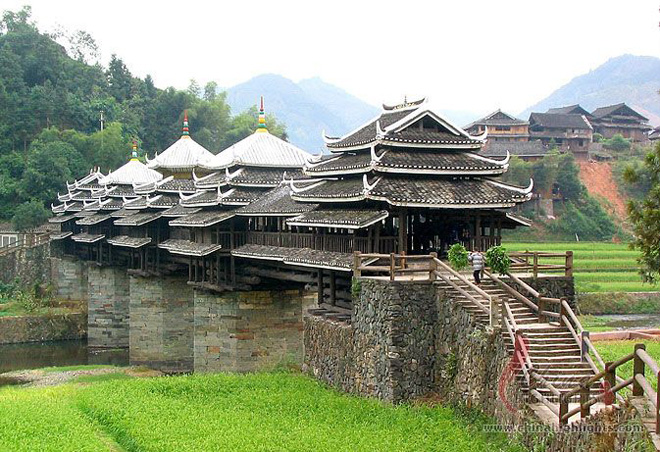 Wind and Rain Bridge in Diping is the largest in the province of Guizhou. It’s Architectural design is so amazing that it is considered the symbol of the Dong minority architecture. This 50 meters long bridge was built in 1894, almost 100 years ago, during the Qing Dynastyis. In 1959, the original bridge was burned on fire and it was rebuilt in 1964. 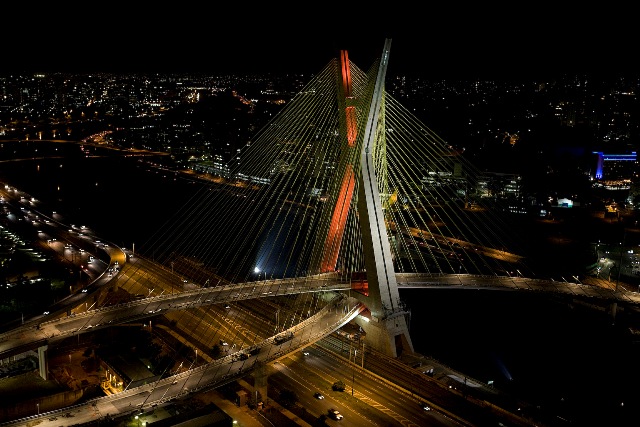 Oliveira Bridge in Brazil: The first X-shaped Wire Bridge in the World 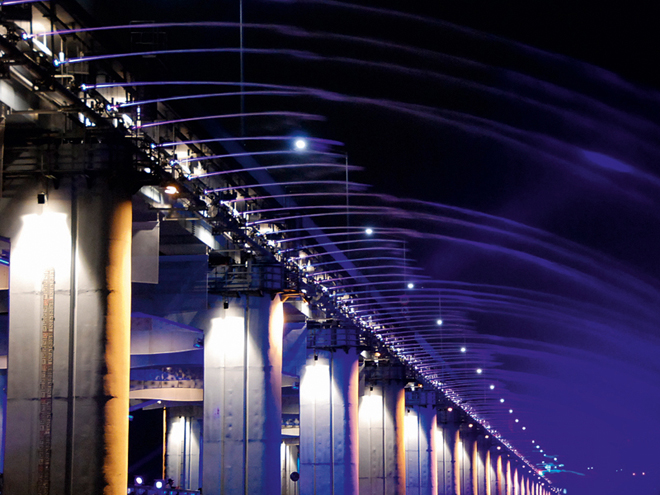 Banpo Bridge in South Korea is one of the biggest tourist attractions. 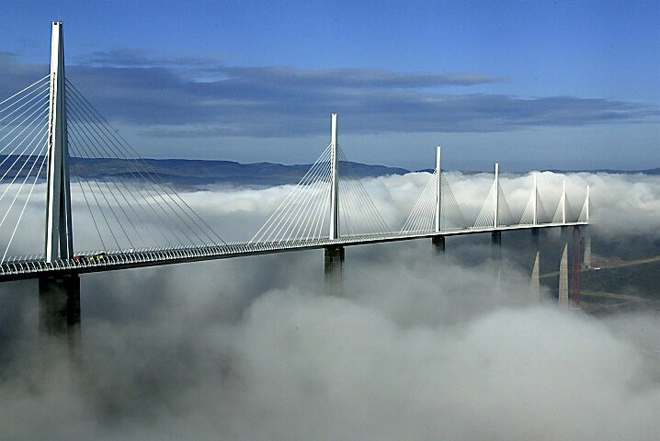 Millau Viaduct is 1125 feet high that is situated in France. It took three years to build and finally opened in 2004 for public. Millau has a length of 8071 feet with the longest single span of 1122 feet. Bridge deck is supported by 7 pillars, which weighs 36,000 tons, and 7 towers, which are 292 feet tall and weighing 700 tons each. 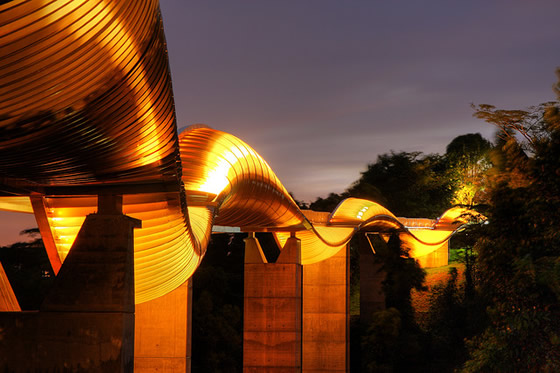 Henderson Waves bridge, with 300 meters height, is the highest pedestrian bridge in Singapore that connects the park at Mount Faber and Telok Blangah Hill.

Hangzhou Bay is the world’s longest Cross-sea bridge, with a length of 35.673 kilometers with a six lane highway in both directions. The bridge was primarily built to handle the rapidly growing heavy traffic and save time to cross Shanghai and Ningbo. 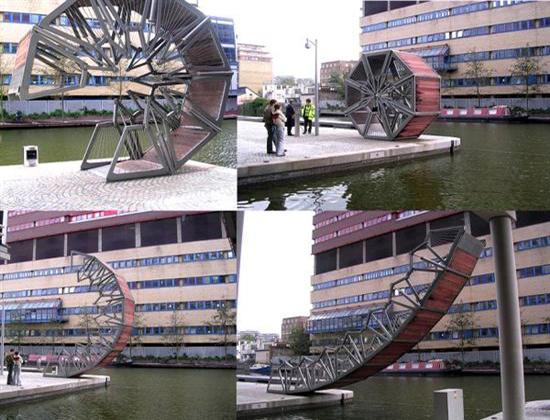 Rolling Bridge in United Kingdom: The bridge that can roll itself

This wonderful bridge, situated located in Paddington Basin, London, was designed by Heatherwick Studio. He has been appraised worldwide for his creative and most beautiful design. It is a steel pedestrian bridge made of the normal wood that fully open and rolled itself with the two ends meet. It is twelve feet long bridge is curved by hydraulic power handrail mounted on each section.