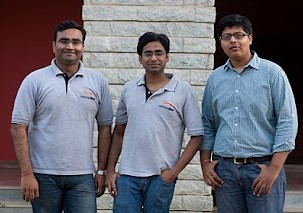 Launched from a garage in 2007, CommonFloor has evolved into India’s largest residential community portal with over 28,000 communities comprising of over 2,500,000 houses and presence across 105 cities in India.

It was launched by Vikas Malpani, along with Sumit Jain and Lalit Mangal with the intention of addressing users’ inclusive residential requirements including searching for an apartment, assisting interactions within residential communities, and linking people to appropriate and relevant service providers. Vikas Malpani concentrated on resolving all the concerning issues around the house and now he plans to expand the CommonFloor’s reach outside India to countries such as the United States of America, the United Kingdom, and the United Arab Emirates, Singapore, and South Africa.

The thought of creating India’s first genuine property portal, a transparent and trusted platform for connecting apartment owners with resident seekers, was initiated by Vikas Malpani when he himself stuck on how the apartment owners, buyers and committee members of apartments were indifferent about communicating with each other. He also realized that lack of communication was the prime reason behind every failed or dissatisfied real estate deal.

Apart from providing apartments, CommonFloor also assists communities in managing their accounts and discussing their issues online with the apartment management software and provides significant information covering the areas of Tax and property law.

Sunit Jain and Lalit Mangal are Computer Science graduates from IIT Roorkee. Previously, they have served at Oracle India.

Vikas is a Computer Science Graduate from JSSATE, Bangalore and prior to CommonFloor.com, he worked for SAP Labs India. He has been chosen as ‘The TOP INNOVATORS UNDER 35 for 2012’ by Massachusetts Institute of Technology. He believes in fearlessness, humanity, discipline, resilience and ruthless focus for taking a business to the pinnacle of success – “Entrepreneurship is like being mad, everyone thinks you are crazy and you think everyone else is. They think how he can do that and you think how they can not do that”