Some inventions change our way of life; some sophisticate it and some are meant to be amusing. Following examples are self-evident that ideas, no matter how simple or weird they might seem, can be converted into a huge business success. 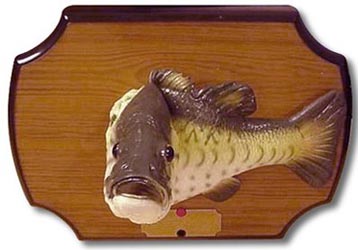 Imagine how would you feel if a fish suddenly greets you with “Hello” while passing it by? Would it be surprising or annoying? Today, after several years, it might not sound so surprising or interesting since the toys of this sort have become so common among kids. However, in the late 1990s and by the start of 2000, the idea earned millions.

In the late 1990s, a toy company in Texas created The Singing Fish. By the appearance, the singing fish seems to be a normal fishing trophy – a bass mounted onto a wooden tablet that was then fixed to the wall. It has a button and on pushing the button, a motion sensor activates the fish to turn its head and tail and speaks out the recording sentences “Hello” “Take Me to the River” or “Don’t Worry, Be Happy”. By the very beginning of 2000, the singing fish became a massive success and a popular gift. People would take it to surprise their family members and even place it at their workplace to make fun with the co-workers. 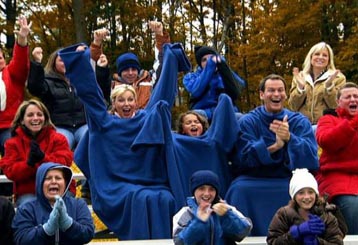 The idea of Snuggie was only for fashioning a blanket into a robe, which was obviously ridiculous in listening but in matter-of-fact became a huge business success and earned millions. Millions of people could not resist them from having the Snuggie in the cold December night.

Think about the pleasant winter evening when you want to spend some time reading your favorite book in sofa or on bed, you have taken blanket but you have to take out your hand out of it and might not want that, so here is Snuggie to help you out. Wear it and feel free to move as you wish.
Between 2008 and 2009, more than 20 million Americans bought it. 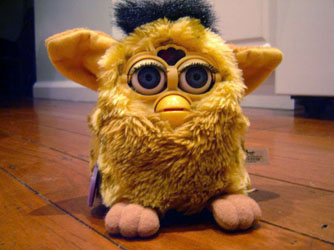 The another wield idea that made its place in millions of hearts was none but Furby. It was the hottest toy for children in the late 1990s. Unfortunately, the demand faded as quickly as it mounted.
Furby has two feet, two eyes with two rabbit ears, a bird-like-beak and more interestingly is capable of speaking English over time.

In 1998, Tiger Electronics once again created The Furby, which was approximately 6 inches tall, covered by vibrant and colorful fur. It would move different parts of it body freely. The toy became famous and was sold millions of units worldwide. This time it would speak a language called ‘furbish’. With the growing demand, different Furby theme such as ‘Christmas Furby’ and ‘Halloween Furby’ emerged and rocked. Within three years, over 40 million Furbies were sold. Today, Furby can still be found at various toy-shops but has lost its charm amidst electronic gadgets and gaming devices. 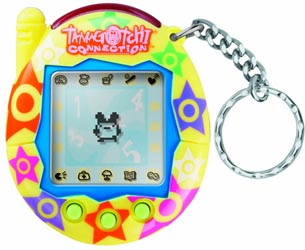 The Tamagotchi is a digital pet that was designed and created by Akihiro Yokoi of WiZ and Aki Maita of Bandai in Japan. Tamagotchis are placed in a small egg-shaped computer with an interface and it has three buttons that may vary. The Tamagotchi name is a blend of the Japanese words for “egg” and the English word “watch.”

It was the next biggest hit and hottest toy that took entry after Furby in late 1990s. By the year of 2010, it was already sold a well over 76 million units across the globe. Today, Tamagotchis are not sold in large number as it used to be; however, elementary school kids still like to play with it. The creators of Tamagotchi made millions almost instantly. 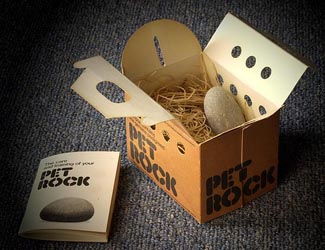 Dahl, while having a conversation with his friends about their pets in bar, the idea of a “pet: a rock” emerged as a joke. A rock as a pet that would not require to be walked, bathed, or fed. Later, he took it seriously and worked to implement the idea. He also prepared a manual with set of instruction about how to handle their pet rock and he made the manual a complete fun.

He made cardboard box with straw inside as pet’s place and six holes for proper breathing of the pets inside. He treated his pet rock as if it is alive. Dahl’s weird idea made him millionaire within six months. After December 1975, its sales decreased. In 2009, Martin Abrams of the Mego Corporation bought the rights to the Pet Rock. Now it is rarely found on eBay.