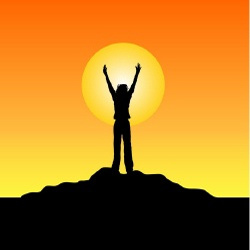 Human history is replete with a host of episodes on how will power plays a decisive role in self-improvement. Unarguably, it is the most crucial ingredient for achieving great feats. The will power of Thomas Alva Edison resulted in the innovation of Electricity and electric bulb which revolutionized the nightlife of human civilization. Initially, he encountered a slew of defeats in his research. Being a strong-willed scientist he could invent electricity. Can we imagine how the world would have been without electricity? He made more than ten thousand attempts to invent the incandescent light and he won!

With a strong will power and determination of Indian Space Scientists enabled themselves to send unmanned space vehicle to the moon. The mission is known as Chandrayaan I. The success of Chandrayaan mission has enthused the ISRO scientists to explore Mars. Now, we are ready to fast track the Mars mission.

The fastest runner in the world is Usain Bolt who is a Jamaican. Though he hailed from a poor country and a humble background, with a strong will power and grit, he has been able to maintain the Numero Uno position in the field of athletics.

Will power acts as a perennial source of energy and power to achieve. The world-famous Bull taming game was recently held at Alanganallur, Madurai district in South India. The popular game is called JalliKattu (bull taming). The participants of the event are not necessarily able-bodied. But they could tame the charging bull with their strong will power and grit. All the bull tamers are greeted with a standing ovation by the audience.
History has time and again proved that a strong willed person could achieve many things.

During the Emergency period in 1975, the Indira Gandhi unleashed tyranny and suppressed the democratic rights of the people of India. At that time, the strong-willed Jayaprakash Narayan took the lead and organized masses across the nation and took on Indira Gandhi government. Ultimately, in the 1977 elections, Indira Gandhi was decimated. Subsequently, Janata Party came to power with the leadership of Morarji Desai. Jayaprakash Narayan’s organizing ability is another good example for the efficacy of will power of a leader.

Indira Gandhi had a strong will power and perseverance. She had a will power to catch the power again. At personal level she was known for her uprightness. With her will power, she campaigned length and breadth of the nation and assumed power in the 1980’s General Elections. She had attained self improvement with her will power. Her administrative capability was boundless which fetched her fame across the globe.

In the early 90’s, Kutraleeswaran a 12 year old boy crossed the Palk Straits, a distance of 16 nautical miles, by swimming. He started at Thalaimannar in Sri Lanka at 6 Am and reached the Indian shoreline at 12 Am. With a strong will power and determination, he was able to achieve such a difficult task.

We all need to remain strong-willed and determined, ready to take on challenges of the real world. Will power can fetch success in personal, professional, social and spiritual fronts.
I’d like to conclude by quoting an age old English proverb, “Where there is a will, there is a way.”